Poultry-keeping is rife with questionable folk remedies. In this article, we look at the three most popularâ€”brewer's yeast, apple cider vinegar and probioticsâ€”and their merits (or lack thereof). 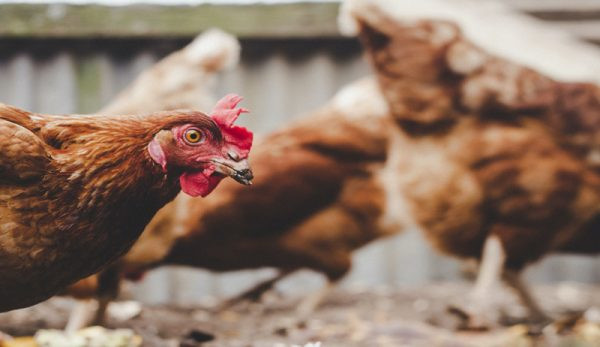 A poultry-keeping friend and I were messaging the other day about my recent columns on chicken nutrition. Doreen complimented me on covering what she felt were essentials that many new flock keepers simply didn’t know.

I thanked her, happy that someone besides myself felt that the information I covered was helpful. Doreen’s next message, however, gave me pause.

“When are you going to cover supplements?”

Now, I was pretty sure that I had touched upon how chicken feeds were complete feeds, providing all the nutrients required for proper growth and development. I could swear I had discussed how adding too much of an essential nutrient such as a protein or a fat could adversely affect a bird, especially excess calcium at the juvenile stage.

I sat there, wondering how to politely inquire if Doreen had actually read my columns. Then her next message popped up on my phone.


“You know, brewer’s yeast and apple cider vinegar and all that kind of stuff.”

Okay, she didn’t say “kind of stuff.” But this is a family-friendly magazine! You get the idea, however.

Doreen was wondering why I hadn’t covered the folk-type supplements handed down from neighbor to neighbor, from one flock keeper to another, for generations. Having never used these myself, I did some research and reached out to poultry scientists.

Here’s a summary of the three most popular supplements and their benefit to your flock.

Read more: Here are a few facts about supplements that may benefit your flock.

When my husband, Jae, and I first began raising poultry, I was surprised by the number of backyard flock keepers who added a splash of apple cider vinegar to their waterers. It seemed as though every other post in online poultry groups discussed using apple cider vinegar for chickens.

I distinctly recall my grandmother scoffing at her neighbors’ use of vinegar. She commented that these people apparently wanted to start flavoring their birds extra early.

I never did speak to my grandmother’s neighbors, but I have read many pro-vinegar posts in which chicken owners swear that apple cider vinegar does everything from boosting health and energy to killing bacteria and worms.

“Apple cider vinegar does absolutely nothing to benefit chickens,” states Dr. Richard Fulton, DVM, PhD, a Diplomate of the American College of Poultry Veterinarians with more than 30 years’ experience in poultry pathology and medicine.

“It has no medicinal benefit whatsoever. It won’t hurt chickens, but it won’t help them, either. At the most, it serves as a flavoring for their water.”

I guess my grandmother was right!

Brewer’s yeast is a powder commonly used to ferment beer. Consisting of the one-cell fungus, Saccharomyces cerevisiae, brewer’s yeast is rich in vitamins B1, B2, B3, B5, B6, B7 and B9. It also contains such minerals as selenium, potassium, chromium, iron, zinc and magnesium.

It is often used as a protein supplement, antioxidant, and immunity enhancer … in humans.

Well-meaning poultry farmers add brewer’s yeast to their poultry feed, believing it will help their birds develop stronger bones and improve growth. However, a 2019 research study determined that there was no difference in growth rate between chicks that were fed yeast and those that were not.

Additionally, since brewer’s yeast is not regulated by the Food and Drug Administration, manufacturers are not required to note the levels of non-protein nitrogen, including purines and pyrimidines, in their yeast. A high level of non-protein nitrogen causes digestive disorders in chicks and juveniles and can cause bloating and intestinal distress in adult birds.

The elevated nitrogen content excreted by chickens can in turn cause high build-ups of ammonia in coop litter. This can lead to other health risks for a flock.

Furthermore, a high level of purines and pyrimidines causes such adverse effects as:

However, most adult chickens normally maintain the proper level of healthy flora in their gut, according to Dr. Zachary Williams, a poultry-nutrition scientist at Michigan State University. Increasing the level of beneficial flora can disrupt a chicken’s intestinal balance, leading to digestive issues, infection and intestinal distress.

Additionally, some flock keepers offer their birds probiotic powder to reduce the yeast in their digestive system … while also offering them brewer’s yeast, which increases the level of yeast in their intestines.

Baby chick electrolytes often contain probiotics. At this early stage of life, an infant’s intestinal tract and its flora are not yet mature. Introducing a gentle level of probiotics can be beneficial.

But, for the most part, “Probiotics are iffy,” noted Dr. Williams.Â

In addition to apple cider vinegar, brewer’s yeast and probiotic powder, I also asked Dr. Williams about other popular supplements, including sea kelp and garlic powder. Dr. Williams pointed out that the vast majority of commercial feeds are scientifically formulated to provide chickens the exact amount of nutrients needed for proper development, without the addition of supplements like these, probiotic powder, apple cider vinegar and brewer’s yeast.

“All of this is nonsense,” he stated.” If everyone would just feed a medicated feed, chickens would need nothing else.”Â

Dr Fulton concurred. “Use a medicated feed for the first six weeks of life, then gradually change over to all nonmedicated feed.”