The number of farmers’ markets has nearly doubled in the past 10 years. “Locally grown” is a buzz phrase that is no longer reserved for the conscientious consumer. Veteran farmers’ market goers and organic-cotton-tee-wearing yuppies alike are giving local products a more thoughtful glance before making their produce purchases. Despite local produce being all […] 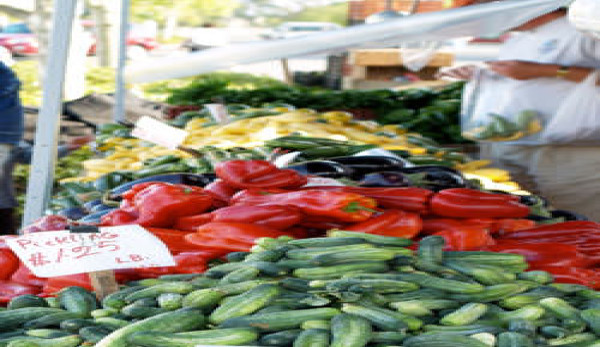 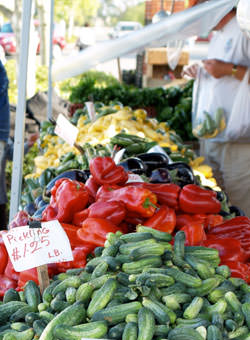 The number of farmers’ markets has nearly doubled in the past 10 years.

“Locally grown” is a buzz phrase that is no longer reserved for the conscientious consumer. Veteran farmers’ market goers and organic-cotton-tee-wearing yuppies alike are giving local products a more thoughtful glance before making their produce purchases.

Despite local produce being all the rage, there’s still a lot to learn about local food systems and how they operate, which prompted a study on the topic recently released by the USDA’s Economic Research Service.

These farms, where, according to the 2007 U.S. Census of Agriculture, the farmers will package, transport and distribute their own produce, are concentrated in the urban corridors of the Northeast and West Coast. This is most presumably because of the ease of access to urban consumers in these areas, says Steve Martinez from the Food Markets Branch of the ERS.

Although the researchers didn’t look at growth of locally marketed produce in other areas of the country, counties in the Great Lakes region also seem to be hubs of local fare, sporting high numbers of farmers’ markets and community-supported agriculture.

However, there’s evidence of a rising demand for locally produced food throughout the country. Both the number of U.S. farmers’ markets and sales resulting from direct-to-consumer marketing have nearly doubled in the past 10 years. The number of farmers’ markets topped out at 5,274 in 2009, according to the USDA Agriculture Marketing Service, and farmers’ direct-to-consumer marketing equaled about $1.2 billion in sales in 2007, according to the agriculture census. Also, according to the National Center for Appropriate Technology, the number of CSA operations, which were nearly unheard of in the mid 1980s, totaled 1,144 in 2005.

But down to the big question of the day: What is local?

“In terms of distance between production and consumption, there is no consensus among consumers as to what this distance is,” Martinez says. “Consumers may associate other characteristics with the local foods definition—which may or may not be related to distance—such as products that are fresher, [are] produced in an environmentally and animal-friendly way, strengthen community ties, and support small-scale farmers and the local economy.”

Legislators have also failed to agree on an official definition. The 2008 Farm Act adopted a definition of locally or regionally produced food being less than 400 miles from farm to market or within the state of production. However, this definition mainly affects federal programs that provide loans for rural development, says Martinez.

Individual states are instituting their own definitions of “locally grown” produce. In May 2010, the governor of Maryland, one of those states focusing on providing a clear definition of local agriculture, signed an agriculture bill that would allow the state to define the word local as it relates to the sale of agricultural products.

“The definition of ‘local’ that retailers use varies wildly, so there is no way for a consumer to know from one store to the next if they mean 100 miles or 1,000 miles as local,” says Sue duPont from the Maryland Department of Agriculture. For Maryland consumers, 400 miles could be North Carolina, New York, et cetera. We think (and are currently surveying consumers) that people think of local as closer than that.”

An advisory committee will meet with Maryland’s agriculture secretary in August to discuss the definition. The law will take effect next year, once the definition goes through the public comment process, says duPont.

Whatever the definition of “local” may be, the federal government is taking action to increase access to local food, says Martinez. The USDA’s Know Your Farmer, Know Your Food initiative, for example, is working to connect consumers with local producers.

“As part of the initiative, existing USDA programs will be used to assist in establishing food hubs to overcome challenges faced by lack of distribution and processing infrastructure,” he says.

Perhaps this will translate to access to more local food in farmers’ markets and beyond.

How do you define local? Tell us on the Urban Farm forums.