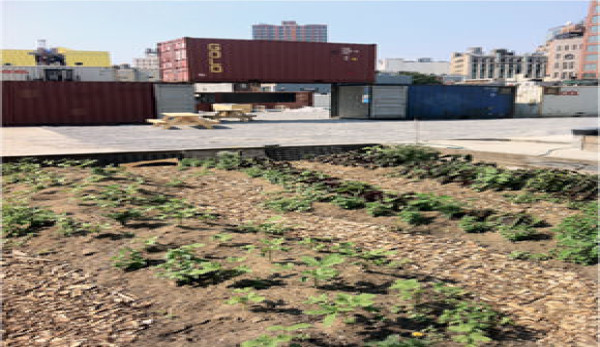 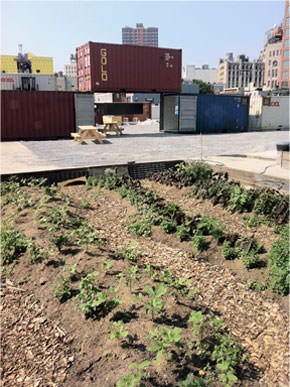 Downtown Brooklyn, N.Y’s Fulton Mall is now the home of DeKalb Market, an entrepreneurial, creative group of businesses made entirely of 160-square-foot salvaged shipping containers. Twenty-two companies, including restaurants, a farm coffee shops, retail shops and a radio station, have re-appropriated the containers thanks to Urban Space Management, a container-construction company famous for its blooming public spaces and temporary markets.

Allison Robicelli, who sells her signature cupcakes at DeKalb Market, says, “It’s amazing how this is all coming together. It’s creating a new history for Brooklyn.”

DeKalb Market is open seven days a week and includes a farm tended by eight local organizations, thanks in part to Build It Green of Long Beach, N.Y. Behind the garden will be a kitchen and a classroom. Organizations keeping the farm up include 3rd Ward, the Brooklyn Grange, Atom’s Eco, Malcom X Grassroots Movement, Family Cook, New York City College of Technology and Newton Farm Cooperative.

Market Spokesperson Jessica Tolliver says, “We are excited for the market to be a community hub for retail, art and design, as well as a functioning green space.”