On a recent vacation, my family and I stopped to visit my cousin Dennis Hagen and his family. 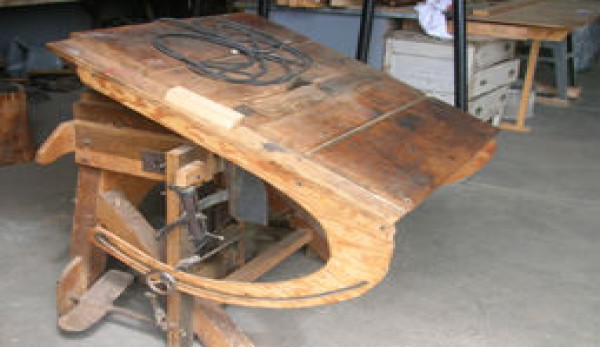 On a recent vacation, my family and I stopped to visit my cousin Dennis Hagen and his family.

Dennis’ mother and father homesteaded in central Canada early in the 20th century. They lived most of their lives in a true log cabin, not a log home that came in a kit.

They struggled to build a good life for themselves and their children, a struggle that continued on to the next generation as a large and prosperous farm was created, literally out of blood, sweat and tears.

Dennis is one of my heroes. A tall, spare man, he has battled Parkinson’s disease for more than 10 years. While it is beating down his body, his wit and humor continue as strong as ever.

The way he refuses to give up or even complain about his condition is reason enough for hero status, but that is not all that makes him stand out.

When his father needed a barn built, a carpenter was hired, and Dennis was assigned to be his helper. By the time the two had finished, Dennis was on his way to being a craftsman.

Of course, a craftsman needs tools, and a good table saw with its ability to raise, lower and tilt the blade for beveled cuts can’t be beat.

However, Dennis didn’t have the money to buy one, so Dennis built it. The saw sits in his workshop today, and a fine example of craftsmanship it is, having served Dennis well for the past half century. Unlike commercially crafted saws, the blade doesn’t tilt, raise or lower. The table, fabricated from the top of a wooden desk, moves.

Next week I’ll explain how he built it with simple carpentry tools, off the shelf hardware and a little help from a friend.