Courtesy www.grownindetroitovie.com/ Mascha Poppenk The Catherine Ferguson Academy for teenage mothers integrates an urban farm into its curriculum. Six students travelled to South Africa to teach other young entrepreneurs about urban farming and how to build a greenhouse. “Sowing seeds of success,” Asenath Andrews proudly says, “is our slogan.” Andrews is the residing principal of […] 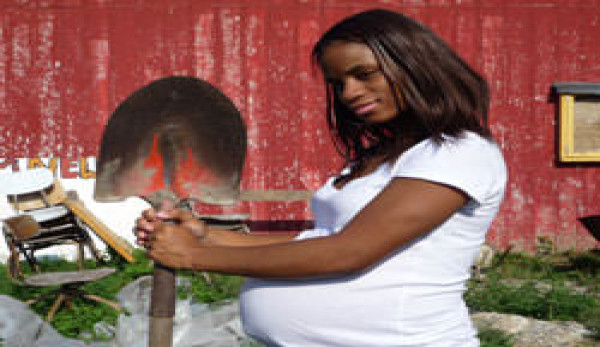 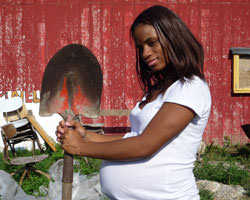 The Catherine Ferguson Academy for teenage mothers integrates an urban farm into its curriculum. Six students travelled to South Africa to teach other young entrepreneurs about urban farming and how to build a greenhouse.

“Sowing seeds of success,” Asenath Andrews proudly says, “is our slogan.” Andrews is the residing principal of Catherine Ferguson Academy in Detroit, Mich., a high school for pregnant teens and teenage-mothers. This is not the only thing that makes Catherine Ferguson an example of an inspiring and progressive learning environment. The girls of Catherine Ferguson are also taught skills in organic urban farming and agricultural management.

In the city of Detroit, Andrews and her students are bringing hope to the abandoned lots that have unfortunately become the city’s prevailing landscape over the past 20 years. They transform the barren and unused land by planting everything from apple trees to garlic, building greenhouses, practicing beekeeping and raising various livestock.

This week, Andrews and six of her students embarked on an extraordinary trip to South Africa, where they have been invited to attend an Youth Entrepreneurship Conference in Soweto. These young leaders will be teaching lessons in nutrition and organic urban farming to students from Africa who will also be attending the conference. In addition, the group will also be designing and constructing a community greenhouse and garden as an offer of service.

The day before they were set to fly, Andrews was at a loss for words.

“I can hardly speak. I’m overwhelmed. We’ve been preparing for six months. Everyone is excited and beyond,” she says with sigh and smile you could almost hear over the phone line.

In the United States, produce travels an average of 1,500 miles before it hits your plate. It’s usually grown with pesticides, is chemically fertilized and is often genetically modified. The foods grown and harvested by Catherine Ferguson’s students are completely organic (the student’s distaste for weeds is proof of that) and sold in local markets. These powerful young mothers bring the health and environmental benefits to their own tables, their customers and their community as a whole at a very affordable cost.

Beyond that, though, Andrews has been developing business models with the staff and students of Catherine Ferguson aimed at using the benefits of local farming to develop economic success. Her aspiration has been to provide a skill that would offer her students a wage of at least $20,000 a year, but recently this bar has been raised. New opportunities and new recognition have brought to light the true level of innovation that is at work here.

“This information is a commodity,” says Andrews, who now envisions her students starting their own international consulting firms sometime in the not-so-distant future. Through hard work and a determined vision these girls have transformed their life paths and now they are helping others by giving them the tools to do the same.