Diesel Exhaust Fluid: What You Need to Know 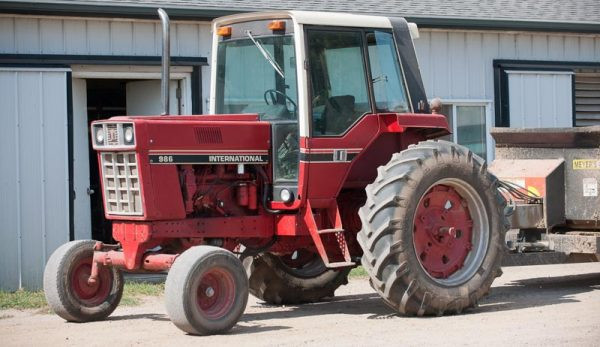 In recent years, efforts have been made to reduce the amount of harmful emissions produced by diesel engines. Tractor manufacturers made changes to comply with Tier 4 of the Clean Air Nonroad Diesel Rule, which took full effect in 2014.

In many cases, the solution has been the introduction of a new engine fluid: diesel exhaust fluid, or DEF for short, which lets the engine turn nitrogen oxides (air pollutants) into nitrogen and water.

Diesel exhaust fluid is pretty straightforwardâ€”itâ€™s a careful blend of 32.5 percent synthetic urea and 67.5 percent percent de-ionized water. This simple and essentially harmless combination is released into the selective catalytic reduction, or SCR, of the diesel engine, where it produces clean exhaust.

In short, DEF is another fluid a tractor needs in order to run. The DEF tank is marked with a blue cap, a color universally chosen to differentiate the DEF tank from the fuel tank (it is crucial that you not confuse the two). While the engine wonâ€™t burn through DEF as quickly as diesel fuel (generally using a few gallons of DEF for every 100 gallons of diesel), busy farmers still must refill this tank from time to time.

There are a few key factors to keep in mind when using a tractor with DEF:

Diesel exhaust fluid is mostly water and freezes if the temperature dips below 12 degrees F. This is important to consider when storing DEF on your farm, as containers shouldnâ€™t be filled so full that they burst when DEF freezes and expands. DEF can also evaporate, so you should keep containers sealed.

On the bright side, the possibility of DEF freezing in your tractor isnâ€™t really a concern. Engines are designed with this in mind, and upon starting, your tractor heats the tank and thaws the DEF.

While freezing and thawing wonâ€™t hurt DEF, the fluid mixture can break down if exposed to temperatures in excess of 86 degrees F. When stored in ideal conditions, the usable lifespan of DEF is two years. Periods of hot weather shorten this lifespan.

3. Do Not Let DEF Get Contaminated

Itâ€™s important to keep DEF free of any contaminants. Even a small amount can upset the careful mixture of the fluid and reduce its effectiveness, possibly even damaging the tractor’s engine. Store DEF only in approved containers, as it can corrode certain metals and thus contaminate itself. Keep DEF containers sealed to prevent accidental contamination, and donâ€™t add any other fluids (say, antifreeze) to the mixture.

DEF creates another layer of complexity to running a diesel tractor, so for hobby farmers working a modest farm, a small gasoline tractor might be less hassle. That said, DEF is not as intimidating as it might first appear, and the prospect of getting clean emissions from a powerful diesel engine is something we can all appreciate.