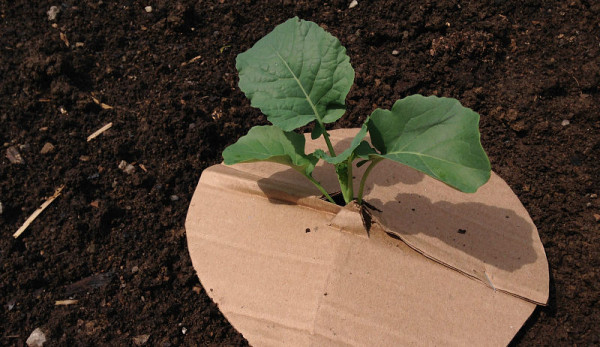 Cabbage root flies (Delia radicum/Hylemya brassicae) have become problematic in my garden over the last few years. By early summer, I found myself losing at least half of my cole crop plantings to the little buggers. After doing a bit of research at the start of last season, I came up with a plan to keep cabbage root flies away from my plants, and it worked: cabbage collars.

Although gardeners have been making cabbage collars for years to protect plants from this pest, mine areÂ a little different from the flat cabbage collars others use. Their shape affords an added layer of protection, and it works like a charm.

Adult cabbage root flies look a lot like bristly houseflies only slightly smaller. They’re about 1 centimeterÂ long with bristly hairs all over their gray bodies. This European species is now found across much of North American and up into southern Canada.

Cabbage root flies overwinter in the soil as pupae. When spring arrives, they pupate into adults, feed on flower nectar, and go onto breed and lay eggs over the course of the next five to six weeks.

Female cabbage root flies lay eggs on or in the soil right next to the base of plants in the Brassicaceae family, including cabbage, broccoli, cauliflower, kohlrabi, Brussels sprouts, horseradish, and occasionally turnips and radish. The 1/8-inch-long, oval-shaped, white eggs hatch into tiny maggots a week or so later. The maggots feed on the roots and stems of infested plants for three to four weeks before pupating into adults. There are two to three generations of cabbage root flies each season.

Because there can be dozens of maggots feeding on a single plant, the plant’s health is quickly affected. Signs of infestation are wilting leaves even when the plant receives ample moisture. Sometimes the leaves have a bluish-purple tinge to them. Cabbage root maggot damage looks similar to some other disorders, including club root and cutworms, so the only way to confirm the culprit is to dig up a plant and check the roots and lower stem for the white, wriggly maggots.

How To Prevent Cabbage Root Maggots

BecauseÂ female cabbage root flies lay their eggs on or right next to the base of host plants, shielding the soil around the base of the plant is key to preventing this pest from becoming problematic. This is best performed within a few days of planting out susceptible cole crops.

Typically I recommend covering cole crops with floating row cover to keep pests away, but in the case of cabbage root flies, covering them too early may actually trap newly emerged adult flies underneath the row cover, so instead I turn to making cabbage collars to protect my plants. I put a collar around each plant by late April because the first generation of adult flies typically starts to emerge in early May through June here in my Pennsylvania garden. 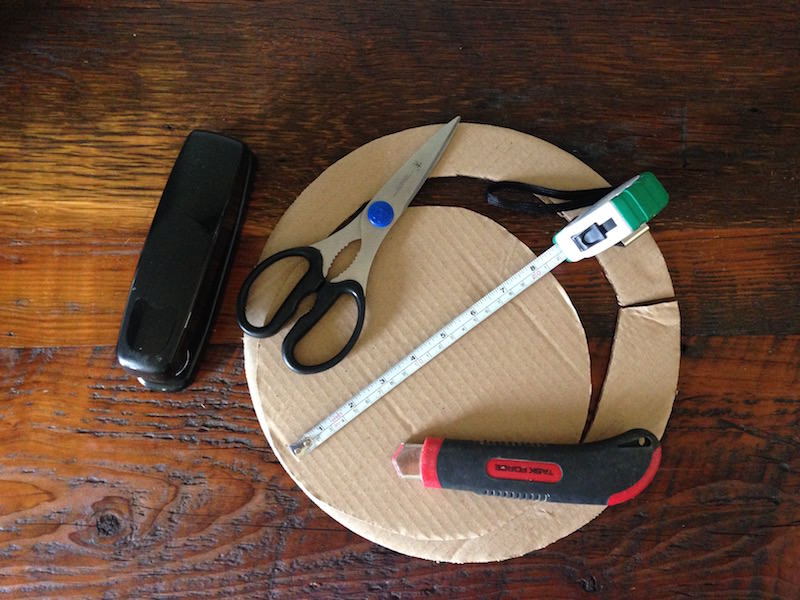 Cut the cardboard into a 6- to 8-inch circle, making one square for each susceptible plant in your garden. If you’re using recycled frozen pizza cardboard rounds, you’ll just have to cut them to a 6-to 8-inch diameter if necessary. 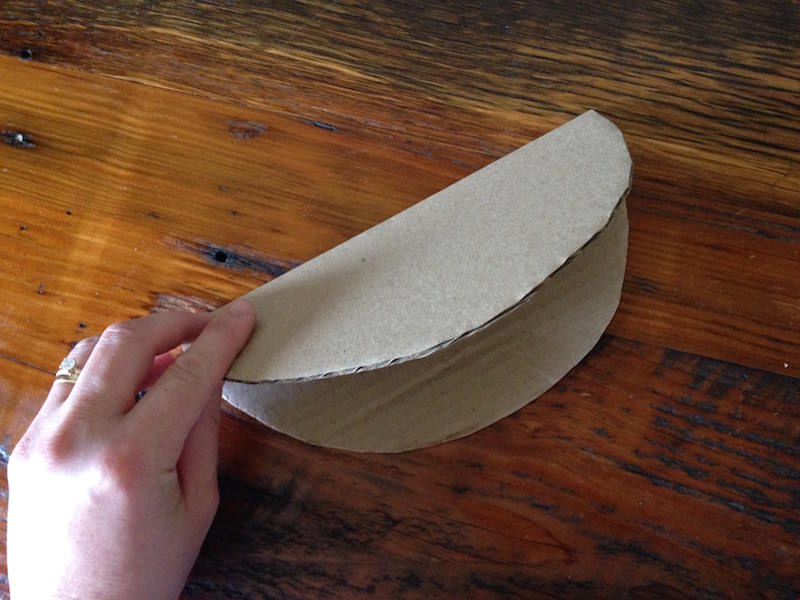 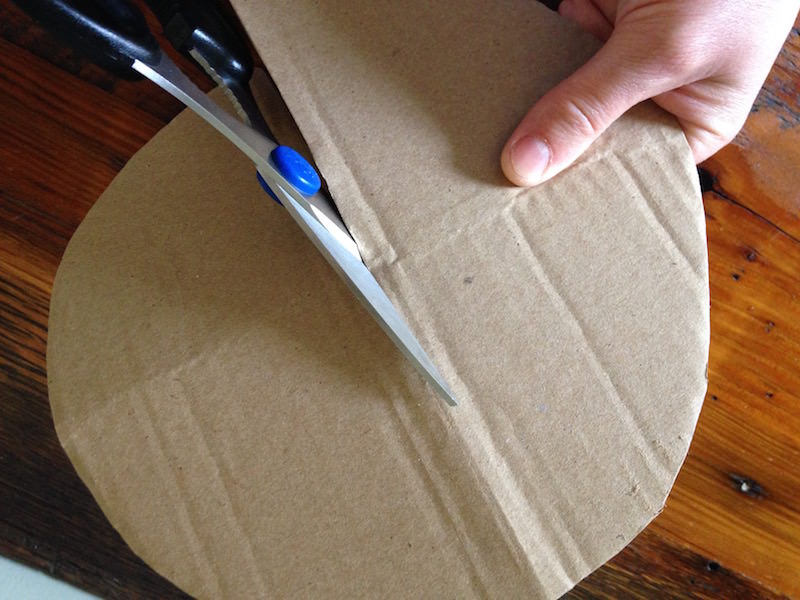 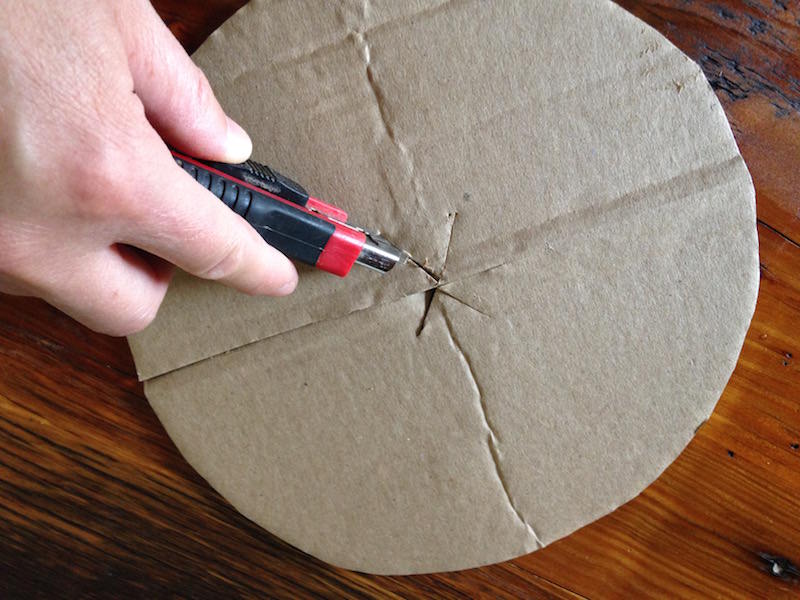 The final step in making cabbage collars is to bend the small flaps created in Step 3 upwards. 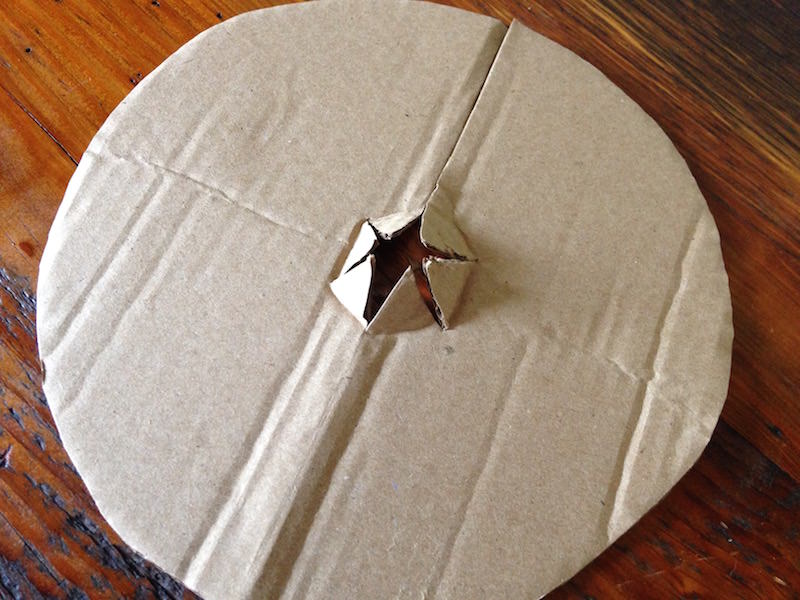 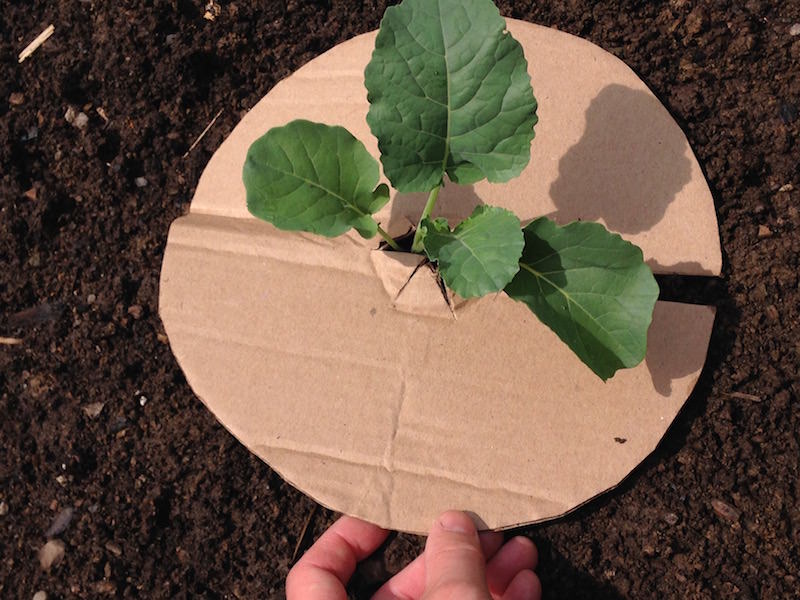 Once in place, staple the overlapped cut line of the circle closed in two or three places.