For those curious about keeping chickens, the question is common: Does a hen need to mate with a rooster to produce an egg? Here's what to know. 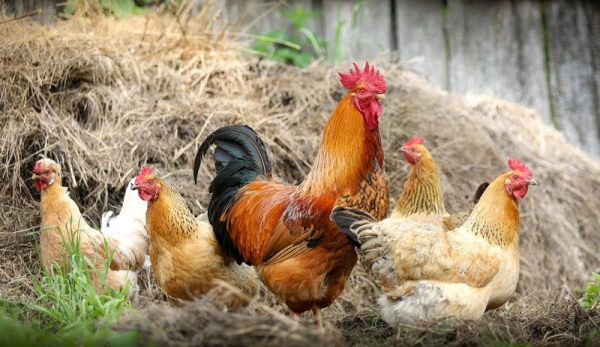 Over the past decade, Iâ€™ve received lots of poultry-related questions from readers and social-media followers. Some were simply curious about chickens. Others were flock owners seeking advice. The most common question Iâ€™ve gotten to date, though, is one often asked by those wishing to start a backyard flock in a suburban or urban area.

Will my hens need roosters in order to lay eggs?

Itâ€™s an understandable concern. In addition to strict home-owner association by-laws, many town and city ordinances prohibit the ownership of roosters. The most common reasoning behind this is that roosters will disturb the peace with their round-the-clock crowing.

Another consideration is that roosters are instinctively aggressive. They will attack anybody that comes too close to them.

Regardless of whether these beliefs are fact or fiction, itâ€™s understandable that this prohibition can cause concern. Why go to the trouble of building or buying a coop, equipping it, and raising chicks if the pullets wonâ€™t ever be able to lay an egg without a roosterâ€™s help?

How Baby Chicks Are Made

Fortunately, when it comes to a henâ€™s production cycle, a rooster is only required if you wish to hatch chicks. A rooster will mate with a hen, inseminating her with his sperm. The sperm will penetrate the germinal disk or germ spot on the yolk, fertilizing it, as it begins to travel down the henâ€™s oviduct.

A roosterâ€™s sperm can last up to one month inside the oviduct. So a strong probability exists that more than one egg will be fertilized.

How Eggs Are Made

But roosters or no, hens will produce eggs on their own. A bird will start laying once she reaches a certain age (usually 16 to 18 weeks, depending on the breed) and if specific conditions are met.

A hen requires a minimum of 14 hours of daylight (natural or artificial) to stimulate ovulation and start laying. She also needs a daily supply of fresh water as well as nutritious layer feed, preferably one fortified with calcium to help with the production of egg shells.

If all these conditions are met, a hen will lay an egg approximately every 26 hours. A new yolk is typically released once the previous egg is laid. Eventually she will lay too late in the day to trigger the next yolkâ€™s release. This results in one or more days of rest before she begins to lay again.

Read more: Interested in hatching your own chicks? Here’s how!

Different breeds of chicken have different rates of lay. Breeds such as White Leghorns, Australorps, Ameraucanas and Polish are excellent layers. They will produce four or more eggs per week.

Breeds such as Naked Necks, Jersey Giants and New Hampshires were developed for their meat. As a result, these birds feature rapid growth but poor egg production.

Dual-purpose birds such as Orpingtons, Rhode Island Reds and Wyandottes lay about three to four eggs per week but can also be raised for meat.

When choosing to raise chickens, be sure to take into account the rate of lay for each breed you are considering. This will help you calculate approximately how many hens you will need to produce the quantity of eggs your family will need. Conversely, you can determine how many birds youâ€™ll need if you plan to sell farm-fresh eggs as a homegrown business.