Do You Know Your Sheep Flock’s FAMACHA Score?

Parasites (particularly barber pole worms) can cause anemia in afflicted sheep, so use the FAMACHA score to determine which animals need treatment. 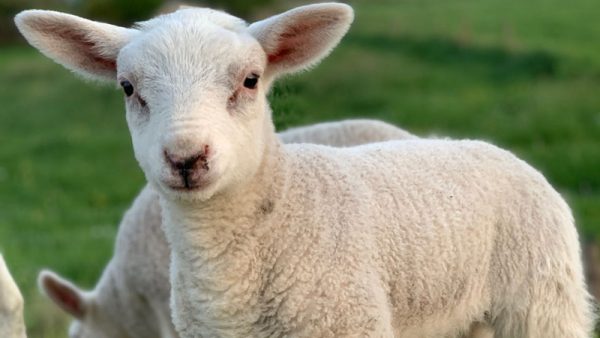 If you have had sheep for any amount of time, you may be aware of one of the most talked-about health issues—worms. At least, that is my impression after talking with friends who own sheep and reading group messages from sheep farmers online.

One big problem that many sheep owners face? Drug resistance to various types of worms—including the barber pole worm. This particular worm has small teeth that latch on to the stomach wall and cause bleeding. The worm then feeds off the blood.

It’s not surprising to find that long-term, large infestation with the barber pole worm can cause your animals to become anemic.

But you don’t need to feel not helpless against the parasite. The FAMACHA scoring system will help you keep your sheep healthy.

In a nutshell, a FAMACHA score involves looking at mucosal tissue of your sheep, like that around the lower eyelid. Your observations help determine the presence of anemia in animals.

The scoring shows five levels of eyelid color. You give the lowest number to the most healthy, pinkest skin. The highest, five, goes to the most pale color, which indicates anemia.

The FAMACHA system was devised in South Africa. It was introduced in the US by the American Consortium for Small Ruminant Parasite Control (ACSRP).

Why? It seems that parasites like some worms can become resistant to the worming medicine … but not all. So if you worm all of your sheep, you’ll kill the worms that aren’t resistant but leave the ones who are not affected by the wormer.

And when those worms breed, you’ll have “super worms”—not something you want to aim for!

But by only treating the sheep who are being affected by worms, the other animals are left with both kinds of worms. The resistant and non-resistant worms interbreed, thus diluting the gene pool with worms that are more susceptible to the worm medicine.

The ACSRP calls it “parasite refugia.” And that increases your chances of killing worms in the future.

One benefit of tracking your sheep flock’s FAMACHA score? You will use far less wormer medicine. It’s estimated that 70 to 80 percent of the infections only occur in 20 to 30 percent of the animals.

From that, you may even want to make decisions about which sheep you will breed (or not breed) in the future.

Another fact to pay attention to is that recently weaned lambs and nursing ewes can be particularly susceptible to worms. So if you have any doubts about a lamb, worm it.

How to Learn More About FAMACHA

For those who are interested, there’s an online FAMACHA certification class through the University of Rhode Island. It’s free, but you do have to do a bit of work. For example, you’ll make a video of yourself testing one or more animals with the proper recommended techniques.

By the way, the ACSRP has a ton of information for owners of small ruminants. I bookmarked their site and plan to go back and read more about parasite control later.