Do You Want More Agent Orange on Your Cereal? 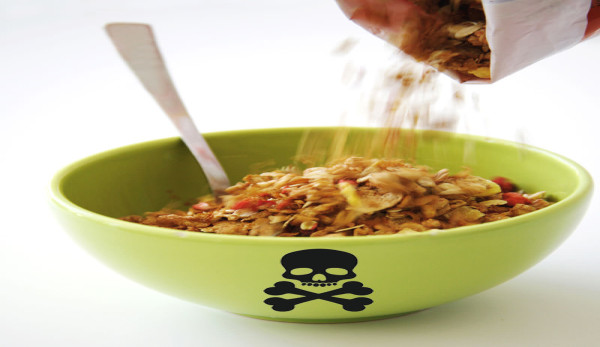 You’ve heard horror stories about Agent Orange, the chemical defoliant used during the Vietnam Conflict. You might have even been there to experience the trauma firsthand, or you might be close to someone who was. Well, the U.S. Environmental Protection Agency wants toĀ hear your opinion about spraying a combination of glyphosate (the herbicide everyone knows as Monsanto’s Roundup) and Agent Orange’s 2,4-D choline salt, on food crops.

The brand name is Enlist Duo. It’s a Dow AgroSciences herbicide to control weeds in corn and soybeans genetically engineered to withstand a healthy dose of 2,4-D. There are so many issues hereāgenetic modification, eating plants that have been modified to resist chemicals and the chemicals themselves. The particular issue the EPA is interested in, however, is the use of the choline salt of 2,4-D.

2,4-D is already being used on our food. It’s the choline salt from this compound thatās new to the herbicide world. The EPA says choline salt is less prone to drift and volatilization, which is good news for farmers who don’t want their crops damaged and for families who don’t want their kids playing in a yard full of chemicals. The EPA says it’s done its studies and is confident there’s no risk to the public, farmers or other species. (Agent Orange, the EPA points out, was a combination of the herbicides 2,4,5-T and 2,4-D plus kerosene and diesel. It’s the dioxin in 2,4,5-T that causes serious health concerns, and is therefore prohibited.)

The point of Enlist Duo (does anyone else see the irony in calling this Enlist, given its Agent Orange ties?) is to knock down the many weeds that are becomingĀ glyphosate resistant because of our overuse of that chemical on glyphosate-resistant (Roundup Ready) crops. Enlist Duo pairs glyphosate with 2,4-D choline salt to double-team the weedy pests that we created. If the EPA approves using Enlist Duo on crops, it claims it will keep an eye on pesticide resistance among weeds and educate growers about proper use. Lessons learned from our now out-of-control glyphosate-resistance problem, perhaps? There will be application restrictions, too, such as no aerial spraying and no spraying when the wind speed is over 15 mph.

Speak Up Now!
The EPA comment docket and supporting pages read like the EPA has already made up its mind to approve this new chemical combination, though the U.S. government insists public comments make a difference.
The EPA comment period is open until June 30. It’s time to act!

Whether youāre for or against the approval of the new Enlist Duo herbicide, let the EPA know. It’s super easy and takes even less time than it took for you to read this blog entry:

This is an anonymous process, unless you choose to submit your name and contact information. You are never required to provide identifying details.

Commenting on the regulation of this herbicide is not just the responsibility of farmers. It’s for everyone who breathes the air, drinks the water and eats the food that will be touched by this herbicide. Get on it! You only have until 11:59 p.m. on June 30, 2014.

The EPA projects it will make a decision in late summer or early fall regarding Enlist Duo.