Don’t Know What To Do With Your Old Car? Turn It Into A Chicken Coop!

Michael Thompson spent less than $500 on the entire project, including the car. Not a bad investment for what he was able to accomplish. 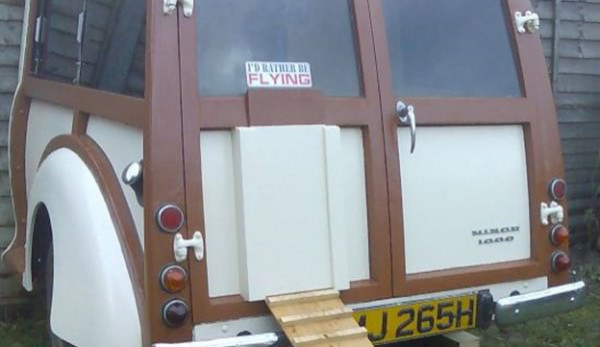 My grandparents lived in a city with donut shops, convenience stores and fast-food restaurants all around. They also kept a chicken coop in their backyard. It was nothing fancy, but easily could have been with a little creativity. Michael Thompson envisioned such creativity when he converted his 1970 Morris Traveller into a chicken coop.

Thompson lives in the Norfolk Broads, England, and found the car thanks to a friend of his who owns a body repair shop. According to Goods Home Design, Thompson spent less than $500 on the entire project, including the car. Not a bad investment for what he was able to accomplish.

Do you have a creative chicken coop? Share a photo with us on our Facebook page. Be sure to tag it #CreativeChickenCoop.