The Dorking is an ancient, dual-purpose chicken breed that produces about three to four white eggs per week, even in winter. 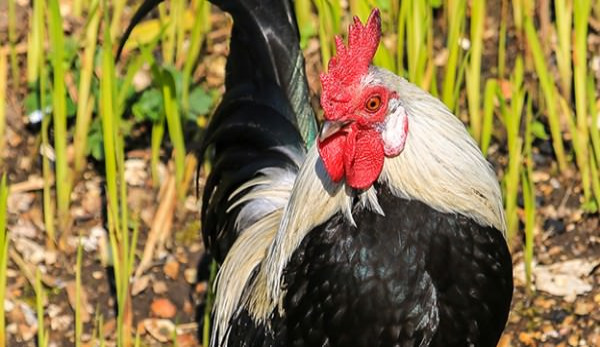 Use: The Dorking is an ancient, dual-purpose chicken breed that produces about three to four white eggs per week, even in winter.

History: The Roman agricultural author, Columella, writing during Julius Caesarâ€™s reign, described broad-breasted, squarely built chickens with five toes. Historians believe Columellaâ€™s chickens came to Great Britain with the Roman occupation and ultimately became todayâ€™s Dorking chicken breed. Named for the market town of Dorking in Surrey, England, the breed was well-distributed in North America before 1840 and was shown at the first American poultry show in 1849. In 1874, the American Poultry Association admitted the White, Silver-Gray and Colored varieties of the Dorking chicken breed to its Standard of Perfection. The Red Dorking was added later. By 1905, the Dorking was the most popular chicken breed in its native England.

Conformation: The Dorking chicken breed comes in an array of colors not recognized by the APA, including Black, Cuckoo and Speckled. The breed has a rectangular, meaty body with broad breasts and tender, delicate flesh. Its legs are comparatively short, with five toes on each foot instead of the usual four. Standard Dorking cocks weigh about 9 pounds and hens weigh 7 pounds. Single-combed bantam cocks weigh 36 ounces and hens weigh 32 ounces, while the rose-combed bantams weigh about 6 to 8 ounces less. Roosters of the single-comb variety have large combs that stand upright; hensâ€™ medium-sized combs fall jauntily to one side. Rose-combed varieties have large rose combs that are square in the front and liberally dotted with spikes and small rounded points.

Special Considerations/Notes: Dorkings are exemplary setters and mothers, often happily brooding other hensâ€™ chicks. They are sweet, gentle chickens that bear confinement well, but theyâ€™re also outstanding foragers that donâ€™t wander far when allowed to free-range. As surprisingly strong fliers, they like to roost in trees. The Dorking is an uncommon but accessible chicken breed listed as Threatened on the American Livestock Breeds Conservancyâ€™s Conservation Priority List.