Last night, my boy Drex (one of Bon Bon’s triplets) came galloping to the dairy-goat barn with a downcast expression on his face. "It’s embarrassing,” he muttered. "What is?" I asked him. 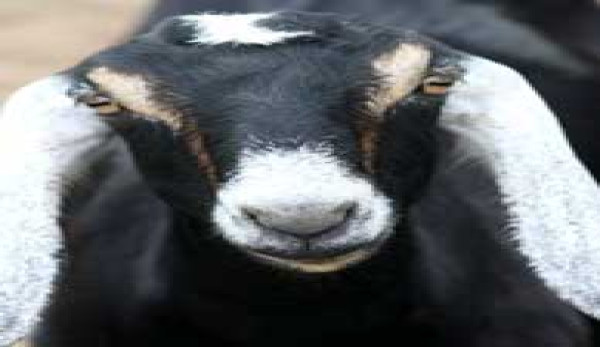 Last night, my boy Drex (one of Bon Bon’s triplets) came galloping to the dairy-goat barn with a downcast expression on his face.

This is what he told me:

The sheep and goats were down by the big brush pile nibbling bushes when Bon Bon decided she’d like to go next door. She leapt over the woven-wire fence (Bon Bon jumps like a deer) and Drex and Simka (my cute, brown daughter from Big Mama) shimmied under it to join her.

When Mom called the goats to come eat, Bon Bon and my kids were gone. She walked toward the road and spied them on the other side of the fence. Then she ran and got Dad. Mom and Dad don’t want us over there–ever.

They scooped some yummy goat feed into a pail and took it to where the goats were standing by the fence. They tried to figure out how the goats got out because the fence wasn’t down. They jiggled the feed. Bon Bon stuck her ears out like the Flying Nun. She wanted the feed but not enough to come and get it. Finally, Mom and Dad climbed over the fence and tried to lure them up the hill to the road. They had to walk through a big stand of blackberry canes and the goats wouldn’t come.

Bon Bon heaved a huge sigh, turned and sailed over the woven wire fence like a jumping horse with her neck stretched out and her legs tucked neat as could be. She strolled up the hill without a backward glance. Drex said he called and called his mom and tried to follow by pushing back under the fence. It wouldn’t budge. What to do!

So Mom climbed back over the fence. Dad hoisted Drex as high as he could. Drex is a year old, so he’s a pretty big goat. Dad huffed and grumbled and somehow flung Drex’s front parts over the fence. Mom grabbed Drex’s front legs and Dad boosted his butt. Drex said he screamed like a girl. They lifted him across, but he didn’t put his landing gear down and collapsed in a heap on the ground. He screamed again, scrambled to his feet, and lit out for the dairy goat barn to find his mom and sisters.

About the time he finished his story we heard another anguished scream. That was Simka getting boosted over the fence. Uzzi and I shook our heads.

There’s a saying, “If you can throw a pail full of water through a fence, goats get through it, too.” If you know goats, you’ll believe it.