In Texas, one organization is coming to the rescue of hundreds of donkeys needing food, shelter and general care. 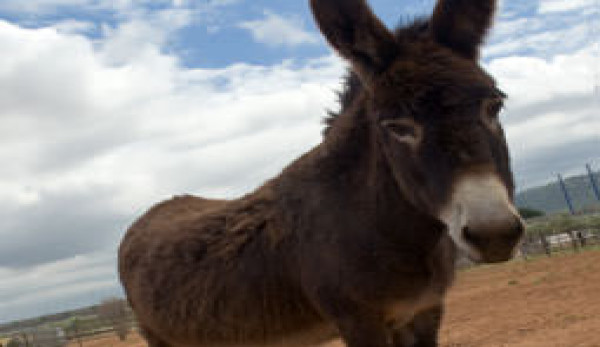 More than 300Ā donkeys in Texas have been rescued by theĀ Peaceful Valley Donkey Rescue so far this year as a direct result of the drought. The current drought, the worst in recorded Texas history, has resulted inĀ hay shortages and low water tables. Ranchers are selling off their livestock but have no resources to re-home their donkeys.

Most donkeys currently being rescued in Texas are suffering from malnutrition and overgrown hooves. Donkeys, especially in Texas, are overpopulated and hold no financial value. The vast majority of livestock auctions will not allow them to be unloaded or even offered for sale. With no feed and no options, donkeys are being abandoned in record numbers across the state.

Peaceful Valley Donkey Rescue gives all law-enforcement agencies priority in the submission of rescue work, but many counties do not have the financial ability to deal with the vast number of donkeys being abandoned in their jurisdictions.

All donkeys rescued by PVDR are quarantined, vaccinated,Ā dewormed and microchipped. During the cooler months, all jacks are castrated with the assistance of Texas A&M Veterinary School Students and Faculty.

PVDR was established as a nonprofit organization in 2000 in Acton, Calif., by founders Mark and Amy Meyers. The Meyers, along with their staff, have since rescued thousands of donkeys from abuse, neglect and abandonment as well as captured hundreds of wild burros throughout the western United States that were under threat of destruction. PVDR has rescue and adoption facilities across the United States.