The Art of Dry Farming: Grow Vegetables With Little or No Irrigation

With a combination of cover, timing, drought-tolerant crops and creative water sources, you can grow food without irrigation. 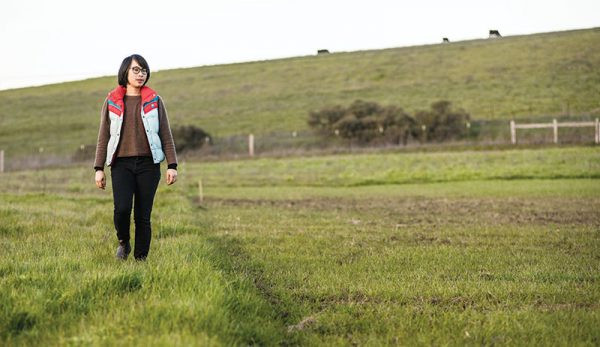 Irrigation in agriculture is among the biggest users of water. Unfortunately, itās also among the biggest wasters. According to the U.S. Department of Agriculture, some 80 percent of consumptive water use goes to agricultural irrigation. That amount increases to around 90 percent in some western states. The Food and Agriculture Organization of the United Nations estimates that as much as 60 percent of that water is wasted through runoff into waterways or evaporation. Needless to say, irrigation is not always an efficient use of an already stressed water supply.

However, water is also essential to life, and that includes the life of plants. Dry or inconsistently moist dirt will not cue seeds to germinate. Deprived of moisture, young plants canāt efficiently exchange water for carbon during photosynthesis, resulting in slow-growing, weak and often unhealthy plants. Fruiting phases of crops such as tomatoes and melons require significant amounts of water to fill the fruit and produce a high yield. Without water, in other words, it can be difficult to grow produce.

Yet whether by necessityāa lack of access to waterāor personal initiative, many farmers throughout history have gotten creative and been able to farm without irrigation. This style is called dry farming. Itās as much an art as a type of agriculture, and it demonstrates that food can be grown without irrigation. The process does, however, take some creativity and forethought.

Dry farmers must be thoughtful in their work, finding ways to take advantage of the wetter months to preserve moisture in the soil. In drier regions with disproportionate rainfallāsuch the arid West, where the bulk of the rain might come in the spring and fall with little or no rain in the main summer growing seasonātaking care of all moisture is critical.

One thing that will devour the water content of soil is weeds. Weeds compete with crops for moisture and sunlight and can devastate a dry farm. A proper cultivation program is a must when considering dry farming so that weeds canāt establish themselves. Soil should be regularly cultivated or tilled.

In fact, tillage is another way dry farmers manage existing water. If prepared ground gets wet, but not tilled, not only can weed seeds establish themselves but the soil will lose moisture into the air through evaporation. A light tilling or harrowing helps stop or slow the leaching of water. However, this sort of thoughtful tilling, and thoughtful weed cultivation, is not enough in drier areas to preserve the moisture required to get through two or three dry months. So dry farmers will couple their cultivation and tillage programs with one or several other tactics.

One such tactic is covering the ground with an organic mulchāhay, leaves, wood chips or strawāeither after tillage or in place of it. This can do a lot to help preserve moisture. The mulch protects the bare soil from the sun, preventing evaporation, but it also blankets the ground, providing a barrier from heat and wind, which can both contribute to dry soil.

Mulches, if not plastic, will also break down into organic matter, which itself is important in retaining moisture. According to the USDA, 1 percent of organic matter in the top 6 inches of soil will hold approximately 27,000 gallons of water per acre. So if your soil is low in organic matter, it might take a lot of compost or additional organic matter such as leaves to prepare it to be dry farmed. If you hope to turn your farm into a dry farm, itās perfectly OK to spend some years building your organic matter before eliminating irrigation. You wonāt regret it.

Another effective way to build organic matter is through cover cropping. Fast-growing annual grasses and plants can be sowed between croppings to add to the soil organic matter when mowed and tilled in. Some farmers also will roll tender cover crops such as buckwheat and vetch into the ground so they mat like mulch. Some permaculture farmers will establish clovers and transplant crops directly into them for nutrition and moisture retention. Many options exist in cover crops, and a serious dry farmer should consider them all.

Itās also worth examining your soil type. Loamy and silty soils are generally the best for all-around soils. Clay soil retains water well and might work well in a dry-farming situation. However, sandy soils drain quickly and might be more difficult to fully amend for a completely dry-farmed operation.

The next factor in dry farming is timing the planting of crops when the moisture is right. This is where the art of dry farming really becomes apparent.

Tomatoes, for instance, are a fairly drought-tolerant crop, but they need moisture in the first few weeks after transplanting to get established. If a farmer doesnāt time this well, it can result in weak plants that might become susceptible to disease and pest damage. If planted at the right time, into the right level of moisture, tomatoes will thrive throughout the summer.

Because fruiting phases of crops, such as tomatoes, require water, farming often produces lower yieldsāthree times less, in some casesācompared with irrigated fields. So preserving that original moisture is key to having a good yield. However, less yield isnāt necessarily a bad thing, especially for quality. Less fruit means more intense flavor and can result in nutritionally dense and delightful crops. For this reason, many dry farmers sell their crops at a higher price as speciality items to high-end restaurants that appreciate the quality of flavor.

Itās also important on a dry farm to consider the variety of the crops one hopes to grow. Plant breeders and seed purveyors often indicate in their plant descriptions whether a particular crop is drought-resistant. This can be vital to a dry farm, especially in areas with irregular rainfall.

Not every crop is bred with drought tolerance in mind. Many are bred for performance under irrigation and yield. The genetics of some traditional crops, then, might not help on a farm without regular waterings.

Of course, sometimes dry farming refers to those who simply donāt use municipal water sources. In areas where the law permits, collecting some amount of water and using it strategically throughout the growing season can dramatically increase success.

These sorts of āoff gridā sources might include wells, rain catchment tanks under buildings, ponds or cisterns. So if you hope to dry farm but the soil is perhaps not right for it, there is no shame in collecting water when it is abundant and spreading it throughout the season. In the same way that mulch preserves rain below ground, a water tank can preserve the rains above.

One final consideration for dry farmers: Focus on growing when the moisture is most abundant. Winter and spring, for instance, when rainfall is not as much of an issue and local produce might be notably in shorter supply, is a great time to dry farm. In the summer, you could simply grow drought-tolerant crops such as tomatoes and sweet potatoes, then return to the more water-reliant, shallow-rooted crops such as greens and lettuce in the fall. Or you can take the summer off, choosing instead to grow cover crops and build your organic matter for a three-season farmāfall, winter and spring.

Whatever you decide, know that dry farming takes serious planning and thought to execute on a commercial scale. However, it can be done. History proves this, as do the thousands of farmers worldwide who feed their communities on whatever rains the skies provide.

Dry farming is not for every crop. Shallow-rooted crops such as lettuce and smaller greens might be more difficult to grow in a dry-farming situation. Here are a few good crops that do well when rain is sparse.

Members of the nightshade family tend to be sun-loving crops that do better in drier climates so long as they are established first. They need rain or watering for the first few weeks to thrive and a mulch to help retain moisture, but they do well in dry spells. Some of my best tomatoes have come in drought years. Yields might be lower, but the flavors will be unparalleled.

Another nightshade, peppers can do well in dry farming if you take the time to establish them. Keep them well mulched, but expect delicious peppers throughout the summer. 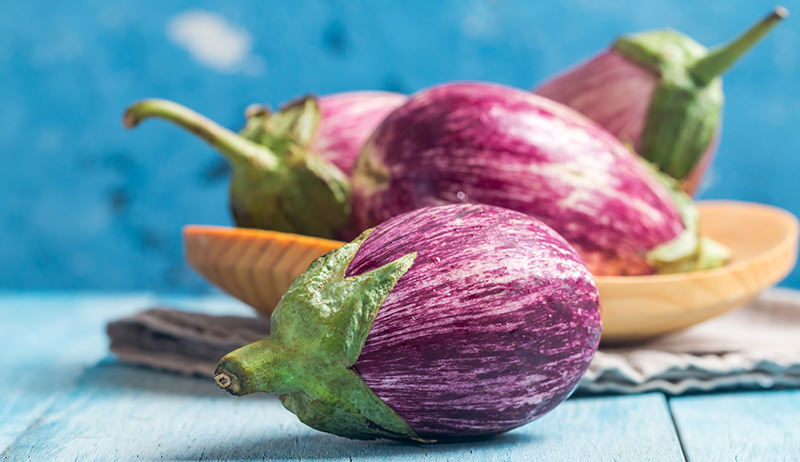 Like peppers and tomatoes, eggplants are built for summer production. They are tender at first and should be covered to protect against pests such as the flea beetle. They also need a fair amount of moisture to get established. Buy drought-tolerant varieties and keep them mulched, and you will enjoy eggplant all summer.

The beauty of potatoes in a dry-farming situation is that they are typically planted early enough in the year that they can take advantage of the spring rainfall in most regions. Once they are established, make sure the potatoes stay well-cultivatedāas weeds will drink up waterāand mulch them if you can.

One of the most robust summer crops, sweet potatoes can really handle the heat. Sweet potatoes are started from tender slips, however, so make sure they go into a ground with sufficient moisture. So long as that occurs, the plants will grow fast and create their own ground cover to preserve moisture. They are a perfect summer crop.

Known for its heat and drought-tolerance, okra is an excellent crop for dry farming. Mulch will certainly help it to thrive in the drier months, but okra can handle a fair amount of heat and water stress before it really starts to diminish.

Garlic is perhaps the easiest of all dry farmed crops as it grows throughout the winter, which in most places is the wettest season. Planted in the fall and harvested in the late spring (in most places), garlic can often be hauled out before the dry weather arrives. I recommend mulching it to keep weed pressure down and preserve moisture for those last few months, but there is no reason on a dry farm to skip this crop.