At farmers markets and CSAs, duck eggs are uncommon compared with chicken eggs. Here are reasons to take advantage of that opening, for sales as well as your garden. 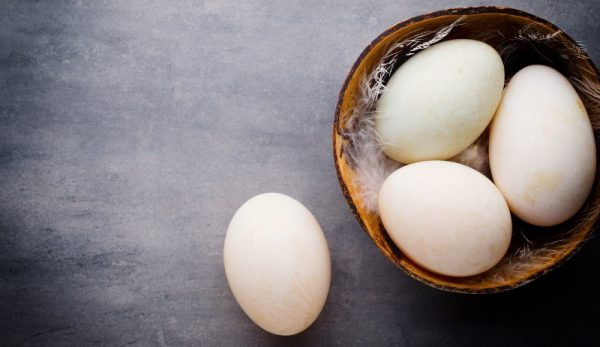 It’s relatively common for a farmer to sell chicken eggs alongside produce. However, it is noticeably less common to see a farmer selling duck eggs, which is a huge shame and a huge opportunityâ€”for other farmers. Because so few focus on duck eggs, the market is wide open for more small-scale farmers to step in and take over. So letâ€™s look at a few reasons why every market farmer should consider a flock of ducks.

2. They Fill a Niche

Duck eggs are an exciting option for the adventurous foodie because they really arenâ€™t that adventurous. They taste slightly richer and weigh slightly more (on average) than chicken eggs, but otherwise they are essentially the same thing, with one important distinction.

3. They Are Not Chicken Eggs

Customers allergic to chicken eggs can often eat duck eggs and will seek them for this reason. This is a small but existing population who will become dedicated customers. In the past, we have had as many as three or four of these individuals reserve multiple dozens of duck eggs every weekâ€”many times, we sold the eggs before they were even laid.

4. Duck Eggs Are Good for Baking

The fat content of duck eggs makes baked goods richer, and some bakers even say fluffier. So add bakers to one of the many niches that duck eggs can easily swing in and fill.

I have a general rule that I donâ€™t get animals that donâ€™t benefit the garden (because thatâ€™s where our money is made), so we use our ducks to generate high-nitrogen compost that we then either run through our worm bins or through a regular composting method for plant food. How does it work? At night, we keep our free-ranging ducks in a stationary coop with mulch beneath it. The mulch is regularly refreshed, and every month or so we pull all the manure-soaked mulch back and pile it up, then replace it. The resulting compost is very rich so you donâ€™t need much, but the ducks will happily give you plenty for your garden or your pastures.

The symbiosis between gardens and ducks has been overblown a bit, but ducks can certainly be beneficial when used judiciously. Last year we had a massive infestation of horn worms on our tomatoes, and you would have though it was Christmas if you were a duck. We let them into our greenhouses, where they devoured the ones they could reach (as well as those we threw down to them). Though ducks will eat the occasional tomato or baby green, once the plants have established themselves the birds will happily eat many of the plants’ pests.