This now-rare breed, the milk-producing Dutch-Belted is distinguished by the wide, white belt around its middle. 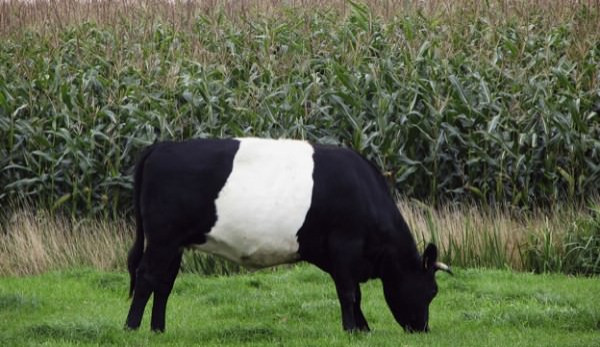 Use: Highly-prized for their milking and fattening ability, the Dutch Belted Cattle were used as a dairy breed in the United States until 1940. They are gaining in popularity for grass-based beef and dairy programs because of easy calving, high meat yield and good disposition.

History: Now rare, this breed originated on mountain farms in Switzerland and Austria.

Conformation: The medium-sized Dutch Belted is an efficient animals. Cows weigh 900 to 1500 pounds and bulls weigh 1350 to 2000 pounds. The breed is distinguished by the wide, white belt around its middle; the cattle are black or occasionally red.

Special Considerations/Notes: The breed tends to have a long life, reducing replacement costs. Heifers breed early and produce a calf every year; calves average 70 pounds, which is a less stressful size for the mother. Still, Dutch Belted are listed as “critical” on the ALBC Conservation Priority List.