4 Reasons Why Every Farmer Should Raise Earthworms

Earthworms benefit your farm and garden, they multiply quickly at little cost, and they offer a number of money-making opportunities. 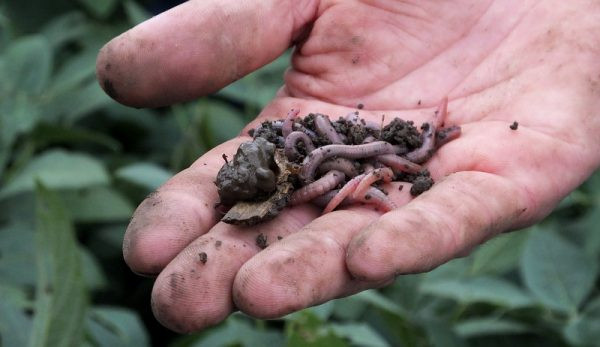 It is no secret that earthworms are an incredibly beneficial organism to have on any farmâ€”in the pastures, in the gardens, or pretty much anywhere you grow plants. So why donâ€™t more farmers raise worms?

Today I encourage you to give vermicomposting (as itâ€™s called) a shot, if even on a scale that does little more than consume your food scraps. Besides perhaps bees, worms are among the easiest of livestock to raise. Although the end productâ€” worm castingsâ€”might not be as sweet for you as honey, it is certainly sweet for the garden.

The fertilization benefits of worm castings cannot be overstated. Worm castings are the byproductâ€”the manure, if you willâ€”of earthworms, and they are a microbial smorgasbord. Worm castings are loaded with tons of beneficial microorganisms but also many micro- and macronutirients that plants needs to thrive. The castings improve soil structure and help the soil to more evenly distribute water. They protect from plant pathogens.

These castings can then be either spread onto your own garden or sifted and sold in bulk or at markets for home gardens. People pay for worm castings, and the best part is that many of the inputsâ€”rotting plant materialâ€”can be found cheap or even free. That could be leaves from the county, rotten hay or food scraps from restaurants. So if you wanted to run worms as a business, your costs would be labor, the initial worms (which breed themselves), containers, tools and any utilities you might need. Thatâ€™s pretty attractive, and it has a lot of potential for profit.

What can you do with the extra earthworms you raise? Well, your options are many. Depending on your scale, worms can be sold (or at least used) as fish bait. The excess worms can go back into your garden where, as long as you keep it healthy they will probably stay. They can also be used to expand your worm bins into a larger business, or as â€śseedâ€ť to get someone else started in vermicomposting. Humans might not yet be too interested in eating worms, but chickens certainly love them. They are high protein and make a great chicken, duck or turkey feedâ€”another possible farmers’ market item.

Another inevitable byproduct of worm farming is the liquid that strains through the worm bins. This liquid is full of nitrogen and other nutrients, as well as loads of beneficial microbes. You can strain this liquid, dilute it slightly and aerate it (stir it until bubbly), to be sprayed on your gardens and pasture as a foliar spray or compost tea. Your plants, grass and farm will love you for it.

Earthworms are profoundly efficient. In particular, red wigglers, which are the most popular and recommended earthworm, can eat twice their body weight in a week. So if you have a pound of worms, thatâ€™s a pound of food scraps every seven days. Do not believe anyone who tells you that you can double your red wiggler population in 90 daysâ€”that is a popular but false statistic. In fact, you can do a lot more than double it.

Red wigglers will multiply almost at inconceivable rates where, under relatively ideal conditions, you could go from 100 adult worms to thousands in less than 12 weeks. And, stop me if Iâ€™m wrong, but I canâ€™t think of another livestock you can say that about.