Photo by Audrey Pavia Me and Cowboy in the hills of Three Rivers, Calif. Being an urban farmer is really great, but every once in a while, I have the urge to get out to the country where the serious farmers live. I get this craving for the open road and the need to see […] 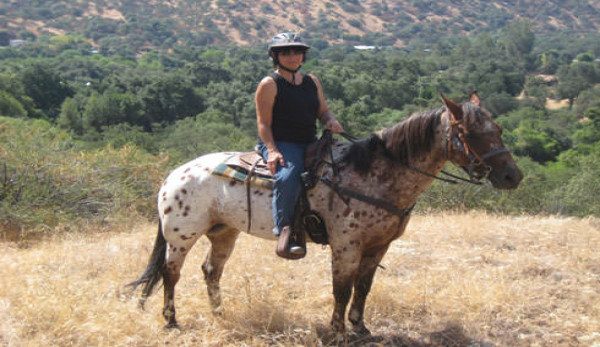 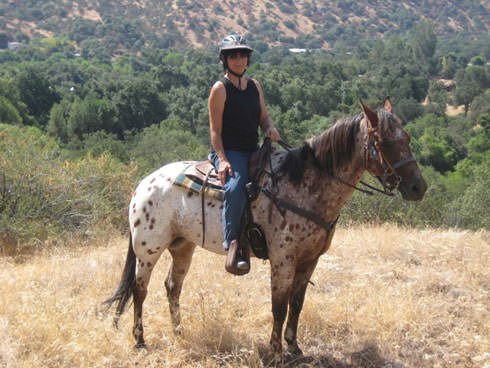 Me and Cowboy in the hills of Three Rivers, Calif.

Being an urban farmer is really great, but every once in a while, I have the urge to get out to the country where the serious farmers live. I get this craving for the open road and the need to see acres of undeveloped land.

To satisfy my urge, I packed Nigel up this weekend and drove north to the town of Three Rivers, Calif., about five hours away, nestled in a valley in the foothills of the Sierra Nevadas. I booked two nights at a dog-friendly bed and breakfast and gave my friend, Christy, who’s a horse trainer, the heads up that I’d be in town.

The drive up was a real education in how much of California is still used for agriculture. As we drove through the San Joaquin Valley in the central part of the state, we passed acre after acre of assorted crops. Peaches, almonds, lemons, grapes â€” just about everything you can think of is grown here, for distribution throughout the country.

Of course, the sight I was most interested in was the livestock. We saw steers grazing on the dry, golden grass that gives California its moniker of the Golden State. We saw lots of horses too, and even an unusual flock of sheep.

Once we arrived in Three Rivers, we saw plenty of rural properties with horses, goats, ostriches and emus. Christy took me for a ride in the hills on Saturday morning. I was on a beautiful Appaloosa gelding named Cowboy when I saw the first ostrich, walking around among the wild oak trees that grow everywhere.

After two days in this rural atmosphere, I was sad to have to get on the road to come back to the concrete and traffic of Southern California. But that feeling only lasted until I got to my house. As soon as I unpacked, I laid down on a lounge chair in the backyard and watched the chickens bed down for the night and my horses play with one another. That’s when I realized living in the city isn’t so bad after all.