Edible Nettle (And Other Uses) 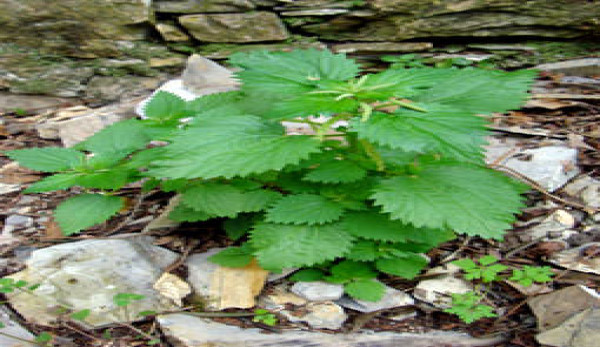 by Rick GushApril 17, 2009
It’s high season now for harvesting nettles here.
When I was a kid this weed was sometimes a problem when I was tramping around in the woods in shorts, because it can really sting and my legs would often become bloody from so many nettle stings.

But now I think of nettle as a tasty plant that grows all over around here.

The locals harvest it and it is sometimes sold in the local vegetable market. It can be eaten steamed, with vinegar, and they say it has more vitamins than spinach. More commonly, nettle is combined with some cheese and made into a filling for ravioli.

Nettle is one of those weeds that have been getting a lot of attention from organic gardeners in the last decade, because it seems to offer both nutritive and disease prevention qualities.

Nettle teas, made not for drinking, but instead sprayed or poured on cultivated vegetable plants, work about as well as any other fertilizer.

I made some nettle fertilizer last year.

I took about two pounds of nettle leaves and stuffed then into a plastic five gallon bucket and filled it with water.

I let the mix stand for about a month, and stirred it fairly frequently, but not every day.

I had planned to pour off the water into another bucket, but in the end there wasn’t much nettle branches or anything left, and it was more or less a homogenous soup.

There was a darker colored liquid at the bottom of the bucket and the mix stunk like typical anaerobic decomposition at first but the smell disappeared in a day after it was poured on the ground around the tomato and squash plants. I didn’t dilute, but many gardeners do so.

My guess is that I could refine my technique. Other gardeners report their nettle teas having an NPK ratio of 8-3-20. That’s a lot of potassium! That’s also much higher nitrogen fraction than dried cow manure, maybe four times as potent.

I’ve read similar reports about gardeners making comfrey teas, and even dandelion teas, and I think I might try a few more experiments this year.

One reply on “Edible Nettle (And Other Uses)”

[…] plant most of us know to avoid from childhood memories of walking through nettle patches in our shorts, nettles have various nutritional and medicinal uses—and the sting can be […]