The sweet nectar from elderberry plants is used in a popular liqueur in Italy. 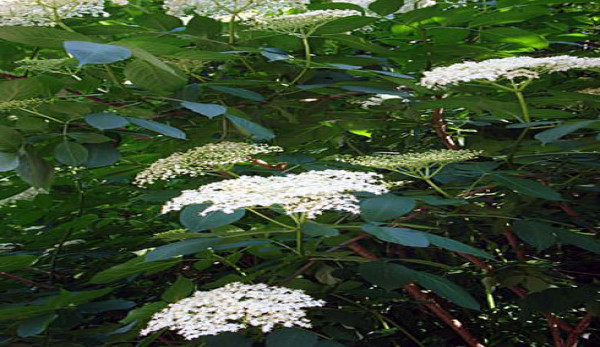 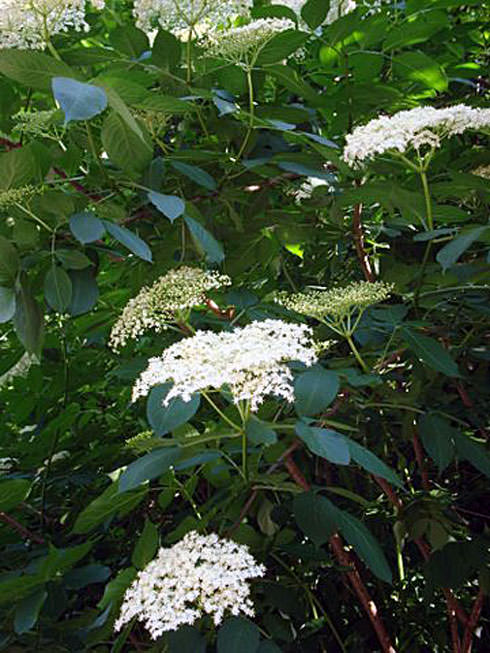 Here in Italy, we call the elderberry plant sambuca, which is close to the Latin name sambucus. There is a very popular anise-flavored liqueur here also named sambuca, which occasionally causes some confusion because people often think the sambuca plant will taste like anise. But, in fact, the liqueur sambuca uses the sweet syrup from the elderberry flowers mixed with licorice, so the anise flavor doesnâ€™t come from this plant.

Elderberry flowers are used for their syrup, and flowers can be collected and laid face-down in pans to cause all of the syrup to drip out in a day or so. Other recipes call for mixing the flowers whole into a lemon and sugar mix, letting that steep for a day and then sifting out all the flower parts before bottling the syrup.

There are a lot of different species and varieties of this plant growing wild around the world, but it is most common in the northern hemisphere. There are a very few commercial elderberry plantations in Austria and Oregon, and more locations are considering new plantings of this sturdy plant. The name Sambucus nigra is the most common, but many others exist as well.

The blackish-purple berries that form in large clusters are the most commonly used part of the plant; they can become wine, jam and pie. I often snack on the berries when we are hiking on the forest trails around here in June and July. I suppose I should consider harvesting a large quantity and making jam or something else, because there really is a great abundance of these wild fruits.

Sambucus, despite being a ferocious weed that spreads easily, doesnâ€™t get a bad rap from ecologists because this plant is often used in flood control, replanting and remediation work. The environmental value of the wildlife cover and food source is well-appreciated. Although the leaves are slightly toxic to humans, elderberry can be an important browsing species for deer and elk populations.

Several different named varieties of sambucus exist in the nursery trade, and wild species can be easily brought into the farm or garden since the seeds are generally easy to germinate and seed-grown plants fruit quite well.

Elderberry was once famous as the type of wine used by the two murderous aunts in the movie Arsenic and Old Lace. These days, it gets a lot of press due to the hubbub over the endangered elderberry longhorn beetle in California, which many people say does not belong on an endangered species list and is unnecessarily blocking several valuable projects.

Iâ€™ve heard a lot about the flutes that are made from elderberry stems, and I suppose one of these days Iâ€™ll have to get around to playing with some branches to see what I can whittle up.