Stocking up your tool box? Make sure you have an electric drill in the mix. 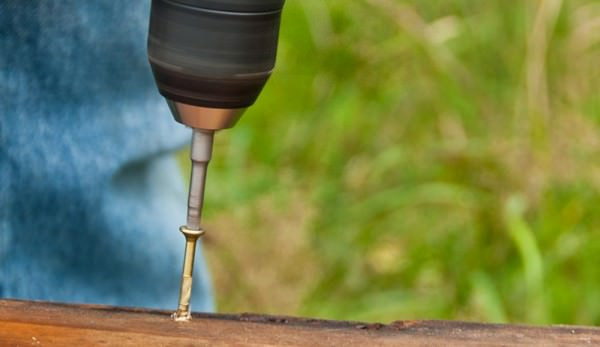 This phrase couldnâ€™t be more common on hobby farms everywhere, whether youâ€™re building a chicken coop, repairing a fence or working on a multitude of other construction tasks. Electric drillsâ€”specifically, portable battery-powered drills with exchangeable drill bitsâ€”are remarkably versatile and are, in my opinion, an absolutely essential farm tool. Here are seven reasons why electric drills are so useful.

On a farm, itâ€™s inevitable that things are going to break once in awhileâ€”a horse might pull a feed bucket off the wall or part of a garden trellis might collapse after a storm. Whenâ€™s thereâ€™s wood involved and time is limited, thereâ€™s nothing much more simple than grabbing an electric drill and putting in a few screws to make a repair. It might only be a temporary fix, but it can keep things running smoothly until you have a chance to address the issue in a more thoroughly.

When a fence line is down on the outer reaches of your property, a battery-powered drill might be all you need to replace a damaged part and repair the fence. No extension cords, no generator, just a quick walk to analyze the trouble spot and fix it right then and there.

For such a useful tool, electric drills weigh surprisingly little, making them simple to carry around from project to project and easy to use for long periods of time. Some of them hardly weigh more than hammer!

What could be simpler than pushing a button and letting the drill do the work? Theyâ€™re significantly faster and easier to use than manual screwdrivers, and for most projects, I prefer to use an electric drill and screws rather than a hammer and nailsâ€”after all, thereâ€™s no pounding involved and no chance of hitting your fingers with the head of a hammer.

Replacing drill bits is fast and easy, adding to the versatility and usefulness of these tools. It seems like many farm repair projects involve screws of all different head types, including Phillips heads, square heads and star heads; a handful of different screwdriver bits will allow your drill to handle any screws you might encounter.

While you might use an electric drill primarily for driving screws, you can also purchase spade or brad point bits that bore holes through wood, a very useful feature if you love DIY projects.