Birmingham, Ala., was one of the cities where the EPA performed air toxin monitoring around schools. How clean is the air your children are breathing at school? The EPA is on a mission to find out. Last year, as part of a new air toxins monitoring initiative, the agency began monitoring the outdoor air around […] 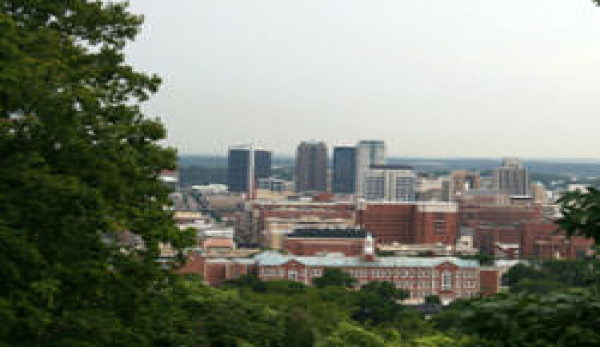 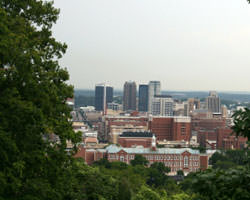 Birmingham, Ala., was one of the cities where the EPA performed air toxin monitoring around schools.

How clean is the air your children are breathing at school? The EPA is on a mission to find out.

Last year, as part of a new air toxins monitoring initiative, the agency began monitoring the outdoor air around more than 60 schools in 22 states, particularly those near industrial facilities. The testing was based on a list of 187 pollutants listed in the Clean Air Act.

ãAs a parent myself, I want to know that when Iãm sending my children off to school the air they breathe will be safe,ã says EPA administrator Lisa P. Jackson. ãFor the first time, we have the information we need to make sure our children are breathing clean air in areas that have worried parents in the past. As we analyze these air-quality samples, EPA will continue to work quickly to protect all Americansãnot just where they live and work but also where they learn and play.ã

The first two of the analyses released by the EPA in June 2010 were for Pittsboro Elementary School in Pittsboro, Ind., and Minnesota International Middle Charter School in Minneapolis, Minn. According to an EPA press release, at both schools, “levels of the key pollutants monitored were below levels of both short- and long-term concern.”

The EPA will continue monitoring and issuing notices of air-toxin levels around the selected schools through the fall.

Although the EPAãs phones have been ringing off the hook over this subject (many attempts to reach the EPA for comment for this story were not returned), things at Roland-Story High School, in Story City, Iowa, couldnãt be calmer. Even if the air near the school showed trace amounts of diisocyanates prior to monitoring, it turns out that, like the schools in Pittsboro and Minneapolis, the air around the school in Story City is pretty darn clean.

A small town of about 3,000 people, Story City is about 50 miles from Aimes and 12 miles from Des Moines, but it does have one industrial location, the American Packaging Corporation. Diisocyanates is one of the byproducts the company uses for its glue.

When the EPA announced it would begin testing for the toxin around the high school, the Iowa Department of Natural Resources performed its own test, says Mike Billings, superintendent of the Roland-Story Community School District. What it found, he says, was that American Packagingãs own filters caught most of the toxin, and what might have been left was too heavy to travel as far as the school.

ãMy understanding is that it was an insignificant amount,ã Billings says.

He said the district notified parentsãmany of whom work for American Packaging and were already aware of the testingãthrough notes sent home with students, a press release in the local paper and an announcement in the district newsletter. He says he received only about two calls about it.

ãCertainly the EPA has a job to do, and they do a great job with it,ã Billings said. ãI think the only thing I was concerned about was the federal government spending that kind of money when the state was already on top of things.ã

The EPA tested for toluene diisocyanate, methylenediphenyl and hexamethylene diisocyanate around Roland-Story High School because of industry in the area that produces them. So far, none of the three pollutants have been detected around the school.

Michaelle Chapman, a spokesperson for Birmingham City Schools, in Birmingham, Ala., says that though there were significant levels of benzene and lead detected in the air around that school, the outcry from parents has been minimal.

ãI think that maybe the reason for this is these schools are located in neighborhoods where the children live, so itãs more of a community problem than a school problem,ã Chapman says. ãWeãre a city with lots of industry, including a lot of steel manufacturing, pipe companies and so on.ã

Itãs unclear what, if anything, is being done to reduce toxins in the air around the Birmingham City Schools.

To learn more about the EPAãs Air Toxin Monitoring and to see a list of the schools, visit the EPA website.