The Enlist Duo herbicide—Dow Agrosciences' cousin to Agent Orange—has been approved for crop use in six states. Is yours one of them? 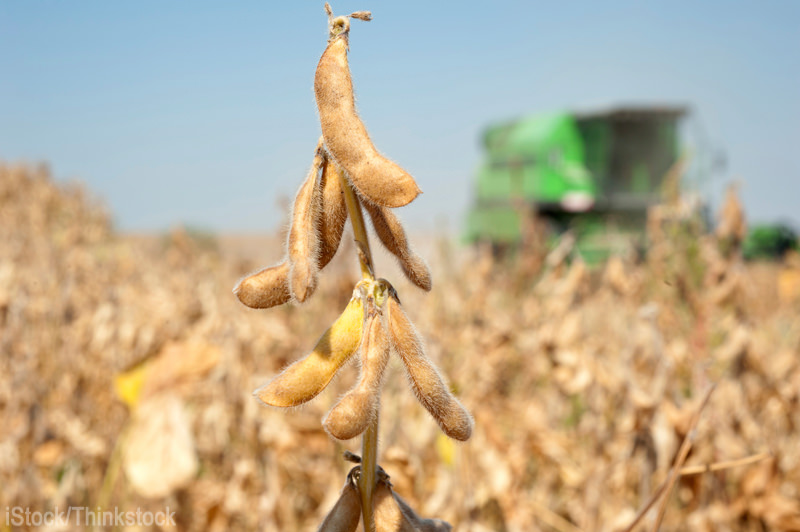 Good news if you’re a farmer in Illinois, Indiana, Iowa, Ohio, South Dakota or Wisconsin who’s looking for a new herbicide to use next year: The Environmental Protection Agency granted Dow Agrosciences license to sell the Enlist Duo herbicide, which combines glyphosate and 2,4-D choline salt, to be used on corn and soybean crops that have been genetically modified to resist these chemicals. This is not good news, of course, if you are opposed to having more chemicals sprayed onto food crops.

You might remember that back in June I urged you to contact the EPA with your comments about the use of the choline salt of 2,4-D—an ingredient in the Vietnam Conflict chemical defoliant Agent Orange—in a new chemical herbicide. If you sent in your comments, thank you!. The EPA received 417,301 comments, though they don’t reveal how many are for or against the chemical’s approval. In the document where the EPA responds to general and specific concerns raised in the comments, the agency says: “The EPA welcomes input from the public during the decision process when registering pesticides and is committed to thoroughly evaluating and mitigating any potential risks from registered pesticides, consistent with applicable statutory standards. Also, EPA strives to document and explain the basis of its regulatory decisions through these and other public documents.”

So someone at EPA read at least some of the comments, but whether the comments carried any weight in the approval of Enlist Duo is uncertain. Still, I’d like to believe in the system, and I encourage you to take advantage of one more chance to make your voice heard.

In addition to the six states listed above, the EPA is considering whether to allow Enlist Duo use in 10 other states: Arkansas, Kansas, Louisiana, Minnesota, Mississippi, Missouri, Nebraska, Oklahoma, Tennessee and North Dakota. You have until November 14 to make your thoughts known.

Spraying On
On September 17, 2014, the USDA approved Enlist Duo genetically modified corn and soybean seeds to be used in the U.S. According to the Pesticide Action Network of North America, the USDA predicts 2,4-D use in corn and soybeans to increase from 500 percent to 1,400 percent (!!!) in the next nine years with the Enlist Duo crop and chemical approval.

The EPA says it’s not a big deal: “EPA scientists used highly conservative and protective assumptions to evaluate human health and ecological risks for the new uses of 2,4-D in Enlist Duo. The assessments confirm that these uses meet the safety standards for pesticide registration and, as approved, will be protective of the public, agricultural workers and non-target species, including endangered species.”

PANNA says it is a big deal: “By ignoring the potential synergistic effects of 2,4-D and glyphosate, not addressing the cumulative impacts of the expected increase in 2,4-D use, and failing to implement an appropriate 10-fold safety factor to limit exposures—as required under the Food Quality Protection Act—EPA has given Enlist Duo an unjustified approval, based on a flawed and inadequate review of the chemical’s harms. In addition, neither USDA nor EPA have looked at the economic impact that Enlist Duo drift will have on surrounding farms and communities.”

The choline salt of 2,4-D is known to be less prone to drift than other chemicals, but to further minimize the over-spray risk, EPA’s guidelines include:

And because the last thing anyone wants is more herbicide-resistant super-weeds, EPA has enacted steps to reduce this risk:

“In the future, the agency intends to apply this approach to weed resistance management for all existing and new herbicides used on herbicide tolerant crops,” the EPA says. Read the very scientific environmental impact statements, documents outlining the approval of Enlist Duo and plant-risk assessments on the Animal and Plant Health Inspection Service website.