The glyphosate-and-2,4-D-combo herbicide Enlist Duo may no longer be approved for use by farmers in the U.S. 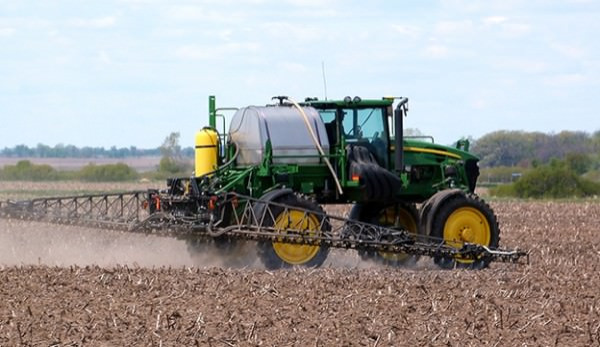 Just more than a year after giving its blessing for farmers in 15 states to use Dow Agrosciences’ Enlist Duo herbicide, the U.S. Environmental Protection Agency would like to change its mind. The EPA now says this chemical cocktail is “likely significantly more harmful than initially believedâ€ť and has asked the U.S. Court of Appeals to withdraw registration for the glyphosate/2,4-D-choline-salt herbicide.

I don’t know about you all, but I had to read this news twice to digest it. This has the potential to be a big deal. The news affects farmers who planted Enlist Duo soybean and corn crops this past year and planned to do so again next yearâ€”plus farmers expected approval of Enlist Duo cotton for 2016.

Bob Scott, University of Arkansas weed specialist, tells Delta Farm Press the development “will do U.S. agriculture no favors. Everyone knows itâ€™s increasingly difficult to deal with herbicide-resistant weedsâ€”especially Palmer pigweed and waterhemp. There just arenâ€™t enough control options and the short list of ones available is only getting shorter.â€ť

This news also affects anyone who was concerned about the impact that the glyphosate/2,4-D-choline-salt mix could have on the environment, water quality, human health, animal health and food safety. Sorry for those farmers, but I can’t help but cheer this news as a win overall. Why the EPA didn’t dig deeper initially to get all of the information that Dow AgroSciences had available is a major fail in our regulatory system, if you ask me.

“Dow AgroSciences, which sells seeds and pesticides to farmers, made contradictory claims to different parts of the U.S. government about its latest herbicide. The Environmental Protection Agency just found out, and now wants to cancel Dow’s legal right to sell the product.â€ť

The EPA learned of new information about Enlist Duo when Dow AgroSciences applied for a patent and disclosed more details about the herbicide combo than it did when it applied for product approval from the EPA.

From the EPA’s Court of Appeals request:

“The information suggests that EPAâ€™s analysis may have understated the phytotoxicity of the product, therefore EPA can no longer be confident that Enlist Duo will not cause risks of concern to non-target organisms, including those listed as endangered, when used according to the approved label.â€ť

Earthjustice and the Center for Food Safetyâ€”on behalf of Center for Food Safety, Beyond Pesticides, the Center for Biological Diversity, Environmental Working Group, the National Family Farm Coalition and Pesticide Action Network North Americaâ€”sued the EPA over its Enlist Duo approval last year, saying the agency didn’t consider what might happen to endangered species as a result of the application of glyphosate and the choline salt of 2,4-D acting in combination. This lawsuit doesn’t appear to have any bearing on the EPA’s decision, though.

Dow AgroSciences now has the opportunity to respond to the EPA’s motion, and then the Circuit Court of Appeals gets to make the final call.

The EPA wants to examine the new info, and then it might re-approve use of Enlist Duo as it’s currently labeled or it might change the approved usage and label instructions. Honestly, I think it’s unlikely the EPA would withdraw Enlist Duo from the market altogether. Dow AgroSciences is confident the agency will allow Enlist Duo back on the market in time for 2016 planting.