Iris scanning-technology promises to be a highly efficient and noninvasive way to track horse records. 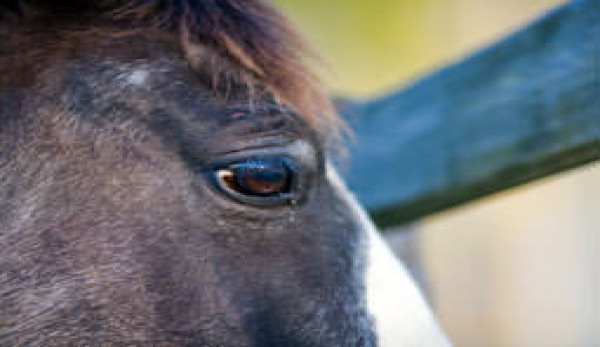 Recent attendees to the World Equestrian Games, in Lexington, Ky., were introduced to a new method of equine identification that uses iris-scan technology to identify horses.

Although the iris-scan technology, called eyeD, wonãt be commercially available until June 2011, its manufacturer seized the opportunity to unveil its innovation in front of members of the equine community from around the world.

According to its manufacturers, eyeD technology works because no two animalsãincluding cloned animalsãhave the same iris pattern. To capture the image of iris patterns, the eyeD operator uses a special camera to take a picture of each of the horseãs eyes. The camera converts the iris images into what are called eyePrints, which are then linked to a unique 15-digit identification number.ô

The identification number, ãeyePrint and other information about your horse can be stored in the eyeD processor for retrieval at any time,ã Knupp says.

The GAM presentation at WEG touted eyeD for its noninvasiveness. While methods like micro-chipping, ear-tagging and branding require alterations to the horseãs body, eyeD photos are taken with infrared illumination and can be captured without restraining the horse.

EyeD is also more secure than many other horse identification methods that are linked to hard copies.

While eyeD promises to be especially useful for equine industry professionals and horse-show managers, it may also benefit small-scale farmers or hobby farmers who have access to the technology through their veterinarians or local animal-control agencies.

Equine identification isnãt on the minds of many small farmersãeven though it should be, says Ann Swinker, extension horse specialist at Penn State University.

As part of Penn Stateãsô Equine Identification Project, Swinker and her research team surveyed horse owners on their knowledge of and attitudes about animal identification. Most of the surveyãs respondents identified themselves as farmers who owned horses for pleasure rather than business.

Swinker says the survey revealed that many farmers donãt expect the unexpected. Of the 2,783 horse owners surveyed, 75 percent admitted they didnãt have a plan in place for confronting horse theft, and 55.5 percent said they did not have anô emergency preparedness plan for their farm.

Equine identification technologies can also be used to manage horsesã health. When eyeD goes on the market in summer 2011, horse owners will be able to link their horsesã veterinary records to their identification numbers and store this data on the eyeD processor.

Swinker says that in addition to enabling better storage of individual horse records, equine identification technology can help track disease outbreaks. This is vital because even small-scale farmersã horses donãt always stay close to home, and thus are exposed to other horses and the diseases they may be carrying while trail riding or at horse shows. According to the Penn State survey, 48.1 percent of horse owners say their animals leave the premises of their farm at least once per year, while 25 percent reported their horses left the premises at least once per month.

People interested in eyeD will be able to visit theô product websiteô when it goes live on Oct. 29, 2010.