Explaining The 2023 (Not So) Great Egg Shortage

You no doubt heard there's an egg shortage these days, with grocery prices skyrocketing for a dozen. Here's what's happening and how you can help. 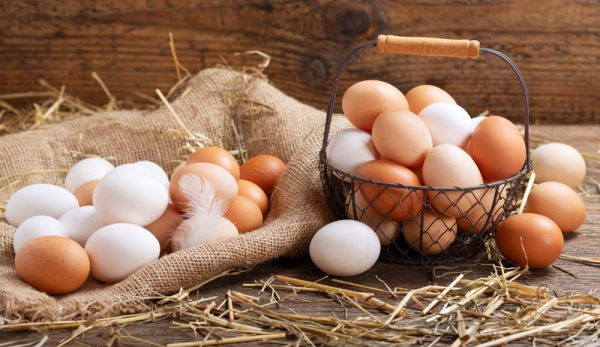 If your layers produce over the winter months, you may be in for a minor windfall. The price of eggs is skyrocketing throughout the country as a shortage takes hold of the United States. This shortage has caused the cost of a dozen to doubleâ€”and even tripleâ€”in some states.

Fears of an egg shortage first came to light late last fall, as the Highly Pathogenic Avian Influenza (HPAI) epidemic which began in early 2022 continued to rage. This drastically affected commercial and backyard flocks in 47 states in the U.S.

According to the US Department of Agriculture, close to 58 million birds have been lost to this killer virus in every state but Hawaii, Louisiana and West Virginia, with Iowa suffering the most losses.

This drastic reduction in layers has taken its toll on egg production. This shortage was compounded by the holiday season, as eggs are critical components in many dishes from latkes and kugel to egg nog and Christmas cookies.

Read more: What should you do when avian influenza hits your community?

The resulting inequality in supply and demand has caused egg prices to soar through the roof. According to the Egg Market News Report released by the US Department of Agriculture on January 9, 2023, the price of a dozen large eggs currently ranges from $4.59 in the Midwest to $7.35 in California.

In some parts of California, the prices run even higher. In Lathrop, located east of San Francisco, teacher Sindi Sheth noted that a dozen large brown eggs at her grocery store are currently priced at $7.99. And organic eggs carry an even larger price tag.

According to the Urner Barry Egg Index, the average price of a dozen eggs hit $4.66 in December 2022, compared to just $1.15 in December 2021. Inflation has also played a part in the escalating price of eggs.

Another key reason that California is facing such a severe egg crisis is because of Proposition 12, the Farm Animal Confinement initiative, which mandates that egg-laying hens (and other domestic livestock) must be cage free. This initiative took effect on September 1, 2022. Since cage-free production requires more space than caged egg production, California egg farms have been struggling to keep up with the demand for eggs and the required changes.

California is not the only state that mandates cage-free egg production. Michigan, Massachusetts, Ohio, Oregon, Rhode Island and Washington also have cage-free laws.

And Colorado just became the eighth state to enact such a law. Coloradoâ€™s Egg-Laying Hen Confinement Standards, or HB20-1343, requires poultry keepers to provide at least one square foot of coop space per hen as of January 1. By January 1, 2025, all hens must live in a cage-free system.

In addition, the sale of caged eggs is no longer permitted, with stiff fines for violators. This new law is expected to negatively impact the egg shortage in Colorado and in states who obtain their eggs from Colorado egg farms.

Read more: Follow these 4 important guidelines when packing your eggs for sale.

What does this mean for the backyard flock owner? First and foremost, continue practicing biosecurity with your birds. Watch for signs of HPAI, especially if your chickens range freely in an area frequented by wild birds.

Second, if your hens lay year round and your municipality permits the sale of backyard-flock eggs, you can help with your local shortage while turning a tidy profit for yourâ€”and your girlsâ€™â€”efforts.

As a courtesy, check with your regular customers first. It may just be that they can use an extra dozen or two â€¦ or have friends desperately seeking dozens who may become new regulars for your egg business after the shortage ends.