Eye Of The Beholder: How To Prevent Legal Entanglements On Your Farm

Don’t let neighbor misconceptions about your farm lead to legal action being taken against you. 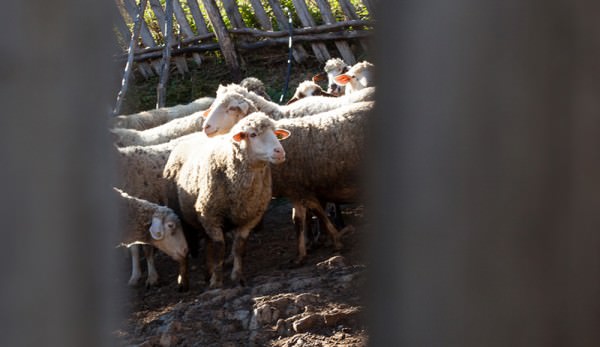 On Feb. 25, 2015, police arrived at West Wind Acres, a small grass-fed farm in upstate New York. The purpose of the visit was to inquire about unlicensed working dogs. The owner, 34-year-old Joshua Rockwood, a construction worker turned farmer, showed them around. Six days later, police returned with a search warrant for the farm and the house. Rockwood was informed that he may be facing charges.

On March 12, 2015, Rockwood was arrested and was facing 13 misdemeanor charges related to problems with availability of water and that it was in various frozen states, the lack of available feed and absence of adequate shelter for the animals in his care. Several animals were seized and placed in local rescues, and a lengthy legal case ensued.

Eventually, 12 of the 13 charges were dropped. The remaining charge was adjourned in contemplation of dismissal (ACOD). So long as Rockwood was not rearrested on the same charge within six months, the remaining charge will also be dropped. (His ACOD doesn’t expire until June 2016. He was unable to speak about his case when this article went to print.)

The crimes that Rockwood was accused of are only a short list of the challenges farmers face in providing livestock care during the winter months. In fact, many of the charges don’t relate to seasonal difficulties but are actually the reality of caring for livestock in any season. Animals defecate in their troughs. Animals often consume all the food they are given before the next chore time arrives. And, if a neighbor thinks an animal should be in a heated barn in the winter, will they also think that those animals should be in an air-conditioned shelter during hot, humid summers?

Any farmer could easily find themselves in the same situation.

“The case and the attention it is receiving are bringing many issues facing farmers across the country to the forefront,” says Steve Ammerman, manager of public affairs and associate director at the New York State Farm Bureau.

One of the most pressing issues is the disconnect between farmers and the general public. Fewer and fewer people have a direct connection with agriculture. That disconnection feeds a lack of knowledge regarding the proper care of livestock. Finding ways to bridge the gap between the farm and the community can help farm owners need to consider how to bridge the gap between their business and the community is more important today than it has ever been.

The 2014/2015 winter in upstate New York was the coldest on record in 21 years. The month of February included several continuous days of subzero temperatures, compounded by regular snowfall throughout the entire winter. Caring for animals in these conditions is challenging. Water freezes quickly, and forage is rapidly consumed. People unfamiliar with livestock needs are unaware of the countless trips to check on water and food supplies. From the outside looking in, all they see are frozen water troughs, empty feeders and animals huddled to stay warm.

“So much of society is uneducated about proper animal care,” says Carie Telgen, D.V.M., and partner at Battenkill Veterinary Bovine, PC, in Greenwich, N.Y.

At the same time that there is a lack of understanding, there is a growing interest in knowing where and how food is produced.

“Only 1 to 2 percent of the American public has any connection to a farm these days,” Ammerman says. This disconnect can lead to significant misunderstandings and, in some situations, result in drawn-out, costly legal encounters.

Meaningful relationships with the community foster long-term trust and create opportunities for communication during difficult situations. “It’s important to open up to the larger community to maintain positive relationships,” Ammerman says.

Regular newsletters via print or email can update neighbors on what’s new at the farm, explain animal care practices, or talk about the hardships caused by the weather, the economy, etc. Blogs and social media can also be an effective platform for sharing farm news.

Information is a powerful tool in reducing misinterpretations. Inviting the public in for farm tours allows for an opportunity to talk about farm activities. Schedule a veterinarian visit on the same day to talk about vaccination schedules. Ask a farrier to demonstrate trimming or shoeing, so that the public can see that the animals are receiving care and also leave with a greater understanding of the work that goes into caring for animals.

In addition to connecting with the general public, it’s equally essential to meet with town officials and law enforcement before an issue arises.

“Don’t let your first contact with law enforcement be in response to a complaint about you and your farm-management practices,” Rich says.

“It makes it easier to discuss animal care when you have already established trust with the community,” Telgen says.

People often make assumptions based on outward appearances. Judgments can be made based solely on how clean the farm looks. Containing empty feed bags and other trash in garbage bins and storing unused tools or supplies creates a tidy appearance.

“It’s a farm and it can get muddy and messy,” Ammerman says. “That’s inevitable, but do your best to keep the farm as presentable as possible.”

Assumptions regarding the care or welfare of animals is often made on the visibility of shelter, water sources and feed availability. Positioning windbreaks, feeders and water troughs in the direct line of sight reduces questioning of uneducated passersby.

Unfortunately, individuals distanced from animal care are quick to correlate a thin, elderly animal with neglect. Farmers know that a 30-year-old horse with no teeth may look malnourished but in reality is well-fed and under a veterinarian’s care.

“I am a big supporter of transparency,” Telgen says, “but because so many people are uneducated about animal care and aging, it’s almost better to put an elderly animal in a back pasture if you have one.”

Most farmers are law-abiding citizens who have never been in any kind of legal trouble and care deeply about their animals.

“They don’t worry about granting access to their property and giving information, because they know they haven’t done anything wrong and have nothing to hide,” Rich says. Unfortunately, this approach can lead to false allegations and baseless legal actions.

If authorities access your property under the authority of a search warrant, read it. A warrant authorizing a search of the farm doesn’t necessarily authorize a search of the residence. “You have the right to be present during the search, so long as you are not threatening or obstructing the officers or interfering with the search,” Rich says.

It’s also important for farmers to know the laws relating to farm-management practices. In the New York case, Rich read statements from multiple individuals who stated with authority that federal law requires that livestock be provided with access to fresh water 24 hours per day. However, that is not the law.

“I can’t count the number of times that a government employee acting on behalf of a state or local agency has delivered a misstatement of law to my clients or me,” she says. The more educated you are about the laws applicable to farming operations, the more likely it is that you can resolve a problem early on.

Back up all data and records, ideally in off-site locations.

“I have been involved in several cases where investigators seized property for investigative or evidentiary purposes, then held it for months or even years before charges were even filed,” she says. Retaining a second copy of records can be critical to the daily operation of your farm.

In situations where criminal charges are a possibility, most attorneys will advise their clients not to speak to legal authorities without counsel present.

When criminal charges are involved, consult with an attorney with expertise in criminal law. Depending on the facts of a particular case, the farmer might need an attorney experienced in land use law, or constitutional law, or administrative enforcement.

It’s even better to explore local legal counsel when you are not facing problems. Many lawyers are willing to meet for an initial consultation, without charge, to learn about a prospective client’s farm and business and to allow the client to determine whether the attorney is a good fit for the legal needs of the farm. Avoid firms with an established client relationship with local governmental authorities.

Record or videotape every encounter with law enforcement when it occurs on the farm.

“You certainly have a right to do that when the encounter occurs on your private property,” Rich says. “You also have a right to have witnesses present, so long as they do not threaten, obstruct or interfere with the authorities.”

The Farm-to-Consumer Legal Defense Fund is a resource for its members. The organization’s mission is to protect family farms from harassment by federal, state and local government authorities. Lawyers are available 24/7 to provide members with advice in precisely this type of situation. For more information, visit www.farmtoconsumer.org.

Despite the lengthy and costly legal battle, Rockwood is resolute in his commitment to raising healthy, locally grown food for his family and community. During the process, he learned he was not alone. Almost 2,000 farmers and members of the general public donated more than $72,000 to assist with his legal fees. With the ordeal nearly over, he’s looking ahead to the coming year. He continues to expand his business, adding additional livestock to his property and enhancing the facilities to care for them.