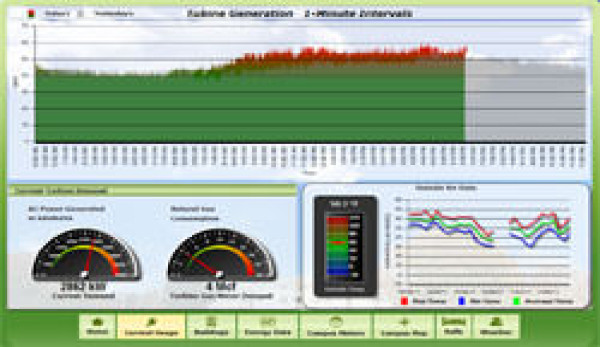 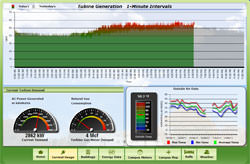 Fairfield University, in Fairfield, Conn., has installed a new device called the Energy Dashboard in the lobbies of residential facilities that posts electricity usage and heating and cooling BTU for student apartments in real time. Also available for tracking usage is the website www.fairfield.edu/dashboard.

The actual device installed in the lobbies is similar to a flat-screen TV.

“Look at that big, red bar,” says Helen Nelson, an environmental science major/Spanish major from West Haven, Conn., observing a student apartment’s considerable electrical usage. “They do provide a more visible way to observe your energy consumption. They’re not nebulous; you can see the direct impact of the choices you make.”

Once connected, the website shows details of how much electrical and thermal usage have been expended by hour, day, week and month. Not only does it show buildings, but it also shows exactly how much each separate apartment is using. The “carbon footprint per bed” is accounted for, showing how many tons of C02 is used and how many acres of trees are needed to offset each building’s carbon footprint.

According to Fairfield University’s website, “The new website provides a snapshot of focus areas, such as ‘teaching and research,’ ‘living and learning,’ ‘campus sustainability projects,’ and avenues to ‘get involved.’”

The buildings currently connected to the Energy Dashboard are: 70 McCormick Road, 51 McInnes Road, John C. Dolan Hall, Claver Hall, Kostka Hall, the Barone Campus Center and the DiMenna-Nyselius Library. Eventually, the school will have Energy Dashboards in all of its campus buildings.

In 2010, the U.S. EPA gave the university an Energy Star CHP Award for its energy-smart combined heat and power plant, whose usage the Energy Dashboard monitors.