This is a great time of year to get a grip on weeds. These fall weed control tips offer actions you can take today to limit weed growth tomorrow. 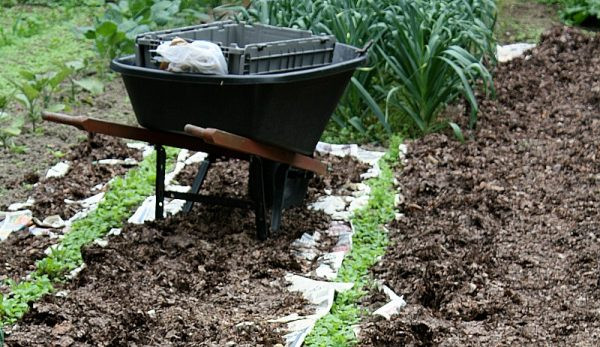 If the weeds got ahead of you this growing season, take action now to help control unwanted weed growth in next year’s garden. Use these fall weed control tips to limit future weeds.

If you have weeds that have flowered and gone to seed, but have yet to drop those seeds, now is the time to head out to the garden and remove the seed heads. Use a pair of pruners to cut off weed seed heads and drop them into a plastic garbage bag for disposal or burning. Do not throw them into the compost pile where they could exacerbate your weed problem if the pile doesn’t heat to a high enough temperature to kill them. Decreasing the weed seed bank in this way is one of the easiest fall weed control tips to implement.

2. Use Leaf Power in Your Flower Beds

If you rake and collect your autumn leaves, use them as mulch in your flower gardens. First, mow or cut down the existing weeds as close to the ground as possible. Next, spread newspaper on the ground all around your garden, going around any perennials that are planted there. The newspaper should be about 10 sheets thick. Avoid the glossy inserts. Then, shred your leaves and pile them 2-3 inches thick on top of the newspaper. Come spring, don’t disturb this mulch layer; simply add another inch or two of mulch on top.

Corn gluten meal is a by-product of corn processing and is a useful tool in your arsenal of fall weed control tips. When distributed over the soil’s surface, it forms a barrier that prevents seeds from germinating and growing. Sprinkle corn gluten meal around perennial beds at the rate recommended on the product’s bag, in shrub and tree beds, and anywhere else you need to control future weed growth. Just don’t use it in the vegetable garden where you plan to plant from seed because it will prevent desired seeds from germinating, too. Corn gluten meal becomes more effective the more regularly it’s used. Ideally, you should apply in both spring and fall when the soil temperature is about 55 degrees F.

4. Put Down a Mulch Barrier

Many gardeners consider mulching to be a spring chore. But, when weed seeds are involved, it might just be more effective to apply mulch in the fall rather than in the spring. Spreading arborist chips, shredded hardwood or pine chips in shrub and tree beds in the fall is a good way to bury newly dropped weed seeds and prevent light from reaching them, thereby preventing seed germination come spring. The trick is to not disturb the mulch when spring arrives. In the vegetable garden, if you’re a gardener who tills, till the garden in the fall and top the entire thing with 4-6 inches of shredded leaves, untreated grass clippings, straw or leaf mold. Do not till again in the spring and do not disturb the mulch layer. Simply plant right through the existing mulch.

If you’re a no-till vegetable gardener, get rid of any existing weeds and then top your garden with the same layer of mulch and plant right through it come spring.

5. Do Not Disturb the Soil

Tilling brings up only buried weed seeds and exposes them to the light they need to germinate. An excellent fall weed control tip is to try not to dig up annual weeds in the fall; instead, focus on keeping the seeds they’ve dropped from germinating by burying them beneath a thick layer of mulch. If you’re dealing with a pernicious perennial weed, like Canada thistle, bindweed or dandelions, lay newspaper as described in tip #2 right down on top of the perennial weeds and then cover the paper with mulch.

With these fall weed control tips, you’ll have a jump on spring weed growth that will set you up of fewer weed woes all season long.

Horticulturist Jessica Walliser is an award-winning radio host on KDKA Radio‚Äôs ‚ÄúThe Organic Gardeners‚ÄĚ in Pittsburgh. She‚Äôs the author of five gardening books, including the Amazon-bestseller Good Bug Bad Bug, winner of the 2014 AHS Book Award Attracting Beneficial Bugs to Your Garden: A Natural Approach to Pest Control, and her newest title Container Gardening Complete: Creative Projects for Growing Vegetables and Flowers in Small Spaces. Jessica also writes two weekly gardening columns for the Pittsburgh Tribune-Review and is co-owner of the website SavvyGardening.com.