Photo by Audrey Pavia I lost one of my hens, blue Leghorn bantam Bobbi Jo. About two weeks ago, I noticed that Bobbi Jo, one of my blue Leghorn bantams, was not putting herself to sleep in the coop with the other chickens. I would have suspected she was sitting on eggs somewhere, but none […] 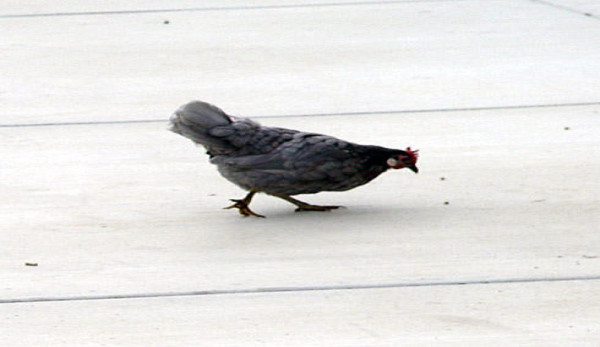 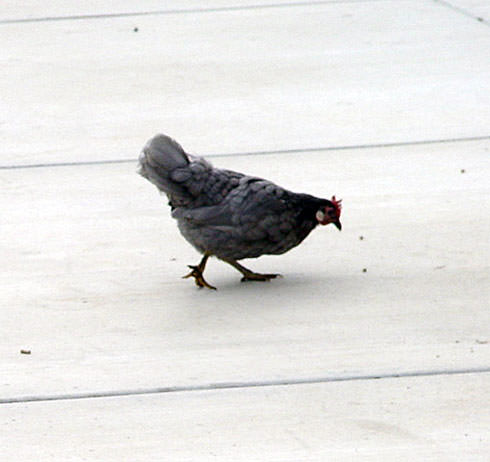 I lost one of my hens, blue Leghorn bantam Bobbi Jo.

About two weeks ago, I noticed that Bobbi Jo, one of my blue Leghorn bantams, was not putting herself to sleep in the coop with the other chickens. I would have suspected she was sitting on eggs somewhere, but none of my hens were laying.

Every morning, this hen would appear from her roosting spot, but she would stay away from the flock. Sheâ€™d eat and drink water, but only after the other chickens had left. I knew Bobbi Jo had moved to the bottom of the pecking order after she had to be taken away from the other birds over a year ago because of a bout with avian pox. Since then, they have harassed her when they were eating, forcing her to wait until all the others were done.

But yesterday morning, when I saw the little hen standing alone in one of the horse stalls, I sensed something was wrong. I bent down to pick her up, and she didnâ€™t try to escape me. Thatâ€™s when I was sure she was sick.

I put her in a carrier and brought her in the house, then called my sister, whoâ€™s a vet. Sis was out of town, but told me to give the hen water in an eyedropper while she would call in antibiotics for me. Bobbi Jo drank the drops of water I placed on the side of her beak. Aside from being lethargic, underweight and unafraid of being handled â€” definitely not normal for this hen â€” she seemed okay.

I went off to do some chores and came back an hour later to give her more water. When I lifted her out of the carrier, she started having a seizure in my hand. I was beyond upset. I called my sister, who told me that this was a pretty bad sign. I needed to take her to a hospital right away.

Iâ€™m lucky in that I have a very nice small animal and bird hospital about a mile from my house, and I raced over there with Bobbi Jo. On the way, the poor hen had two more seizures.

They took her in the back immediately when I arrived at the hospital. I waited in a room for the vet to come in. When she did, I could tell it wasnâ€™t good news. Seems Bobbi Jo had two more seizures while the vet was examining her. The vet gave her Valium to stop the seizing.

The doc had no idea what was wrong with Bobbi Jo and said that several days of hospitalization would be required just to try to stabilize her. She was straight with me and told me that the henâ€™s poor body condition would make it very difficult to save her. She suggested euthanasia as an option.

For the first time in my life, I made a decision about one of my animals based on finances. My heart wanted to try everything possible to save her. But given the prognosis and my limited funds, I chose to put her down.

It was a sad day, but Iâ€™m trying to take comfort in the fact that Bobbi Jo had a happy life here on my urban farm for the few years she was alive. Iâ€™m also glad I could end her suffering humanely and make her passing a peaceful one.