The House’s version of Farm Bill 2012 suggests even more cuts to programs that are valuable to sustainable and small-scale farmers than the Senate’s version. 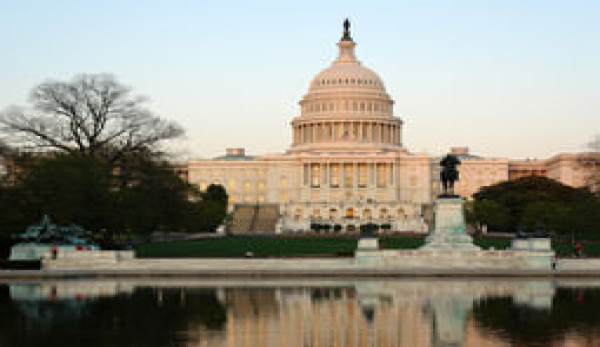 At the end of the month, the House of Representatives will begin its August recess, likely leaving the Farm Bill drying in the summer sun like so many of the crops in this debilitating drought. The House Agriculture Committee has readied its version of the Farm Bill for debate and approval on the House floor, but Speaker John Boehner (R.-Ohio) has yet to schedule floor-time for the bill.

There are discernible differences between the Senate version of the bill, which passed in June 2012, and the proposed House version. Both feature cuts, which was expected in this deficit-reduction-minded political climate, but the cuts are carried out in different ways. In several places, the Senate version seeks to meld together similar programs where the House version makes sharper, clearer cuts. Both seem to undermine the overarching goal of creating a robust, healthful, diverse food economy and aiding rural development and the nation’s poor. Neither features a fix to the expensive commodities subsidies problem.

The proposed House bill cuts $35 billion from the deficit over the next decade, compared to the Senate bill that looks to save $23 billion. The House plan calls for a $50 million cut to the Farm and Ranch Lands Protection Program, where the Senate bill sought to save money by merging the FRPP with the Grassland Reserve Program because both look to preserve land for responsible agricultural use. It’s just one example of consolidation in the Senate version instead of the straight cuts in the House version.

Because of the Chambliss amendment, added to the bill by Sen. Saxby Chambliss (R.-Ga.), the Senate version ties conservation standards—such as maintaining soil erosion plans or protecting lands—to crop insurance, whereas the House version has no conservation link to receiving insurance.

The House version of the Farm Bill, unlike the Senate’s, significantly raises the amount in commodity payments that a single farm can receive. The House bill also currently features measures that might make it easier for large biotech companies to get their new technology into the marketplace with less oversight and regulation. This could mean more success for GMO crop and product producers and more damage to grasslands, prairies, wetlands and farm diversity.

Where the Senate bill calls for significant cuts in the Conservation Stewardship Program, the House version goes even further with an additional $1 billion in cuts to the same popular program. The House Bill does adopt policy from the Beginning Farmer and Rancher Opportunity Act to help strengthen current conservation and training programs, but at the same time, it cuts the funding for the successful Beginning Farmer and Rancher Development Program in half.

The 2008 Farm Bill is set to expire September 30, 2012. Farm Bill aid for natural disasters, like the drought scorching much of the country already, expired in September 2011. The needs of today have prompted talk of ad hoc legislation and have undercut the long-term vision a successful Farm Bill is supposed to encapsulate. If the bill is going to be a success, Congress will likely need to work out a deadline extension. Pushing the farm bill too far back into the legislative schedule during an election year could force it to be overshadowed by the debate around tax policy and budget balancing. It could also mean this vital piece of legislation is handled by a lame-duck session of Congress in November or December.

There is still time for people to have their opinions heard by writing, emailing or calling their Congressional representative. Both the House and Senate bills cut nutrition aid, conservation programs and rural development initiatives significantly. Visit www.senate.gov or www.house.gov to get in touch with your senators and representatives.