What do farmers want? A Farm Bill. When do they want it? This year. 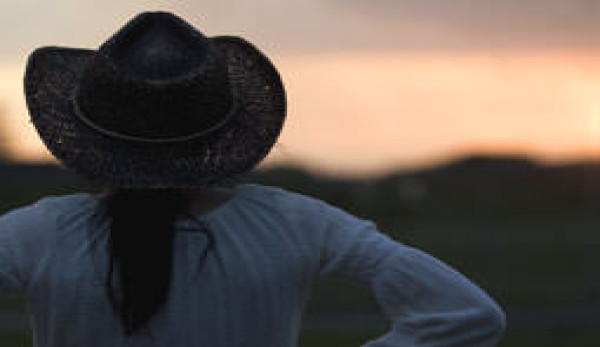 TheÂ 2012 Farm Bill process is back in the news with Senate hearings now taking place. The Food, Conservation and Energy Act (aka Farm Bill) is the piece of legislation that dictates the subsidies and insurance for large-scale and commodity agriculture and also contains programs for local food, conservation, organic research and other programs important to small-scale, sustainable farmers. With the current Farm Bill, which was enacted in 2008, expiring on Sept. 30, 2012, a glance at the legislationâ€™s timeline shows itâ€™s slightlyâ€”but not terriblyâ€”behind schedule.

The House and Senate have seven months to put together an agreeable Farm Bill, but Bruckner explains, â€śIt just takes a while to come to agreement on some things. â€¦ It can be a frustrating process.â€ť

In an ideal year, this Farm Bill process would be right on schedule.

What Happens Now
The Senate is holding its Farm Bill hearings in February and March 2012. The first was on Feb. 15, 2012, focusing on energy and rural economic development. Future hearings are:

(Watch videos of and read more about the hearings at the Senate Committee on Agriculture, Nutrition and Forestry website.)

At this point, the Farm Bill is debated and voted on in the Senate and the House before being signed into lawâ€”in theory by Sept. 30, 2012, which is especially challenging because this is a presidential election year.

â€śThe question is whether or not we get to it this year,â€ť says Bruckner, who points out that this is not the first time this question has been raised, as the 2008 Farm Bill was actually supposed to be passed in 2007. â€śOne of the concerns is whether or not they just do an extension of the current Farm Bill. There are quite a few programs that donâ€™t have baseline funding.â€ť

This means they donâ€™t have a standing budget line in the Farm Bill and need to be given appropriations with the passing of the next Farm Bill.

American Farmland Trust, the Center for Rural Affairs and more than 60 other organizations sent a letter to the House and Senate agriculture committee leaders this month asking for a timely passage of the Farm Bill. The letter states:

â€śWe the undersigned have heard calls for an extension of current law. We ask you to reject these calls for delay and aggressively act to ensure that a new, comprehensive farm bill is passed this year. â€¦ A temporary extension of current policy creates tremendous uncertainty while serving to further none of [the countryâ€™s farming, nutrition, rural economic development and agricultural research] needs.â€ť

Nuxoll explains, â€śThere is a general fear that if we wait until 2013, the budget circumstances will be even worse than they are today.â€ť New and still-developing programs contained in the Farm Bill, such as conservation efforts and local-foods programs, could be the first to have funding reduced.Â  â€śItâ€™s better to try this year with a tight budget but a doable budget versus next year, when the situation could be even more dire.â€ť

If a Farm Bill does not pass before the end of September, an extension of the current legislation will have to be passed.

To join the debate, contact your legislators. That might sound intimidating, but you can make it as simple or as involved as youâ€™d like. Pick up the telephone, send an email, send a letter or schedule a visit. Let your congressman, senator, and the members of the House and Senate agriculture committees know what elements of the Farm Bill are important to you and why.

â€śItâ€™s really critical for small- and mid-scale family farmers to weigh in on those issues,â€ť Bruckner says.

The American Farmland Trustâ€™sÂ microsite features a rundown of issues covered in the Farm Bill, news of the Farm Billâ€™s progress and articles about how the legislation impacts farmers of all sizes.

Visit these links to find the contact information for your representing bodies: