Arizona’s McKenzie Inn pioneered the organic food movement in their area of the state and are making waves in building up the surrounding land. 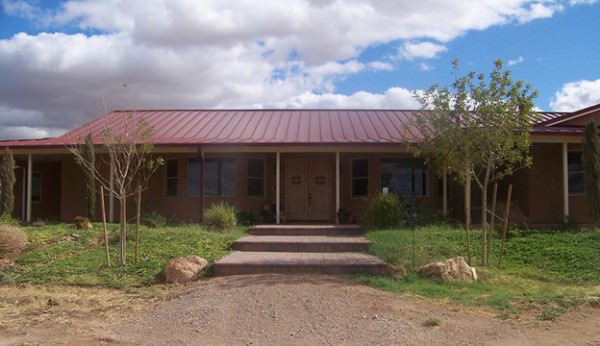 Cattle and cotton: This is what Arizona is all about, according to Michael McKenzie, co-owner of the McKenzie Inn Bed-and-Breakfast, a farmstay just outside Eloy, Ariz. Cotton and alfalfa fields and mountain vistas surround the property. There are a few neighboring ranches closer to the main road. Birds chirp or pick at insects on the ground. You can hear a train in the distance. Farm sounds and smells permeate the air.

The inn is a one-story, red-roofed home surrounded by peaceful farmland. McKenzie made an architectural design of his and his wife’s dream house, consulted an architect, rented a tractor and the McKenzie Inn Bed-and-Breakfast was soon built.

The McKenzie Inn features three rooms, each with their own special charm and amenities to enjoy reflecting the character of the person that inspired its décor. A wood-burning stone, popcorn popper, Singer sewing machine, and an antique bed and dresser make my room feel both old-fashioned and new. An excellent breakfast menu includes selections such as Mediterranean quiche, casserole, yogurt pancakes and raw honey.

The inn is part ranch, part farm and part wildlife haven. McKenzie was an Intel technician turned full-time organic farmer when he bought the property in 1997 and started to build Lucky Nickel Ranch from the ground up. Before he was able to farm successfully, he experienced his fair share of learning curves.

“It took me so long to learn how to irrigate, and that was a disaster my first year,” he says. “I was shoveling dirt to keep the water on my crops.”

1. Don’t Be Afraid To Be The First

The McKenzies were the first to buy land on the then-sprawling 42-acre farm. Other families soon followed and built their own homesteads on different parcels of the original farm. The family started the inn portion of their farm-stay endeavor in 2008.

After being laid off from an aircraft manufacturing job in California, McKenzie vowed “to live more simply and to never put work before family.” He began to picture himself as a farmer and rancher and immediately started praying and looking at different properties in Arizona to open his own farm.

“Small farms must diversify in order to stay afloat,” McKenzie. He quickly learned that few banks make agricultural loans to new, small-scale farmers. He financed his small-farm dream from his own funds and clever bargain shopping (a 1980 tractor for $7,500 is apparently a bargain), trial and error, and making the right connections over time.

The McKenzie’s now supply Whole Foods in Scottsdale, Rio Salado College’s Café Rio, and Bon Appetite Cafés in Chandler. Local chefs buy directly from the farm. “With every opportunity that diversifying offers a farm—having U-pick veggies, a bed-and-breakfast, selling to local restaurants—another challenge is presented,” McKenzie says. “You can have a few good years, then a bad year, then another good year.”

The farm has been a learning lab for the local community on organic agriculture. Since they started over a decade ago, organic farming and gardening has since spread like wildfire around the country. Although Marshall Trimble writes that historically, the “life of a farmer has never been the subject of romantic lore,” the McKenzie’s farm seems to be turning that perception on its head.

The property that the McKenzie Inn Bed-and-Breakfast sits on has more than produce and horses: It has wildlife. The farm’s burrowing owls nest a little beyond the Bermuda grass field. A coyote basks in the sun with a new friend, a buzzard. Bats roost in the toolshed. With a grant from the National Resources Conservation Service, part of the land is devoted to a wildlife habitat, which is worth checking out.

The McKenzies run a Saturday farmers market in nearby Eloy. Events, such as cooking demonstrations by chefs using the farm’s specialty produce, a mindful-eating workshop and retreat, a corn maze, and a pumpkin patch are some of the events going on throughout the year at the farm.