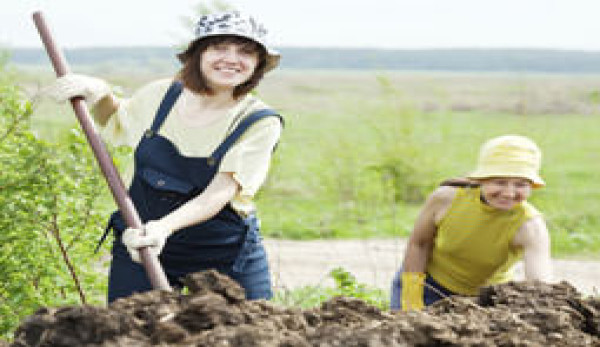 In the battle against breast cancer, early detection is a woman’s best weapon. According to findings by the National Cancer Institute, patients whose cancer is diagnosed in the localized stage have a five-year survival rate of 98 percent. When it comes to getting the screenings that make these early diagnoses possible, however, a University of Missouri researcher has found that rural women lag behind their suburban and urban counterparts. As a result, rural women are more likely to be diagnosed with late-stage breast cancer, the most severe form.

As part of the research for her doctorate in rural sociology at MU, Faustine Williams analyzed data on patients in Missouri diagnosed with each stage of breast cancer, using mapping software to pinpoint their geographic locations. She then calculated each patient’s distance from the nearest facility offering cancer-screening services, such as mammograms and MRIs. While Williams found that most urban patients had an average travel time of 15 minutes, one way, to a screening facility, rural women faced an average travel time of 45 minutes, one way.

“In extreme cases, travel time is more than 75 minutes, one way,” Williams says.

As a woman’s travel time to a screening center increases, so does her likelihood of being diagnosed with cancer later, rather than earlier. Eight of the 10 Missouri counties with the highest rate of late-stage breast cancer incidences are defined as rural by the U.S. Office of Management and Budget.

“One of the most difficult barriers facing women in rural areas regarding breast-cancer diagnosis and treatment is [the lack of] access to healthcare services,” Williams explains. She attributes this poor access in part to the unavailability of physicians, especially primary care physicians, who advise women on early-detection protocols and provide referrals to specialists.

Even if women are encouraged by a primary-care physician to schedule a mammography appointment, Williams says the time and expense of traveling to an out-of-town screening facility can be prohibitive for busy rural women, causing them to neglect the American Cancer Society’s annual-mammogram recommendation for women 40 years of age and older.

Because these factors persist after a cancer diagnosis, Williams reports that many rural patients also have fewer treatment options and poorer prognoses than their urban counterparts. She quotes a cancer survivor interviewed during her study: “Apart from travel expenses, sometimes one has to consider accommodation and living expenses while away from home. To others, it means taking time off work for the whole day without pay.” The challenge of securing affordable childcare during treatment—sometimes for long periods of time—is an additional burden, Williams points out.

Although many states, including Missouri, offer free breast-cancer screening programs, Williams says these programs should be improved to meet the needs of rural women.

“Since the aim of [Missouri’s Show Me Healthy Women] program is to provide screening services to vulnerable women, it is important to ensure that access to screening services is evenly distributed throughout the state,” she says. In rural areas, where it might not be cost-effective to build a permanent, free-standing medical facility, Williams suggests offering mobile screening services.

In addition to losing two aunts to breast cancer, Williams says she was deeply impacted by cancer patients’ stories during an internship with the Missouri Cancer Registry and Research Center; these experiences inspired her shift from a career in health informatics to one in cancer research. Because of this personal stake, she says it’s her goal to turn research into advocacy and action.

“I think the only way we can achieve equity in our healthcare system is for women, whether rural or urban, to make their voices heard. It is important for all of us to join the fight to make the importance of healthcare [access] known to policy makers [in order] to ensure that there is equitable access to these services,” she says.