Farming Is Hard—So Is Tending to Your Own Mental Health

Stress takes a high toll on farmers at all levels. We tend to our crops, animals, family and land. But we need to care for our own mental health as well. 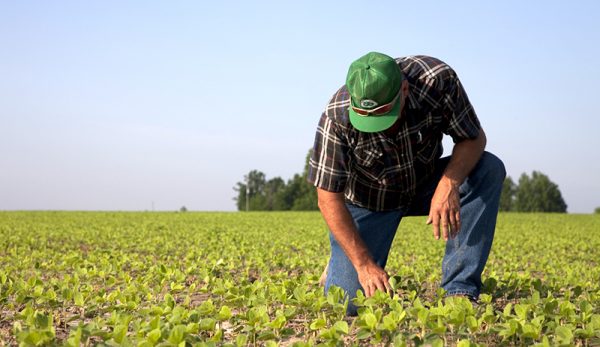 As of this writing, farmers are in the news: The general U.S. population now realizes the fragile economy in which American farmers struggle to exist while pursuing agricultural occupations.

Economics being a generally complicated topic for most, the specifics of the discussion are less about the means by which farmers are affected in the global marketplace so much as a public awakening to one common truth: Farming is hard. And that has definite mental health ramifications.

I was reminded the other day of an article that ran in The Guardian last year about the staggering suicide rate among farmers, which is actually more than double that of the veteran population. The piece is a bleak read that features interviews with widows and follows mental health professionals trying to reach rural populations.

It underpins my own understanding of what’s so hard about farming.

It’s not the work itself. That’s physically taxing but, as we know, comes with a deep satisfaction. No, it’s hard because, in 2018, it can seem like the deck is stacked against those who grow the nation’s food.

Farmers are subject to an economy that can be dramatically affected by factors as disparate as a wind storm and national politics.

We know it wasn’t always like this. It’s interesting to note, though, that the tip toward industrial farming took a big leap in the 1970s, in Washington, D.C., when Earl Butz, U.S. Department of Agriculture secretary under Richard Nixon, retooled the nation’s agro-economy to reflect his oft-repeated advice to farmers:

The way Butz retooled the USDA pushed American farmers into the global economy. He stacked the deck.

Readers of Hobby Farms are, by and large, not commodity farmers. In fact, many of you raise food in an effort to keep traditional farming alive in the face of industrial practices.

That’s why I farm, though I also raise meat to sell at the farmers market, so I have a micro view into agricultural economics. I’ve many times returned from market with a too-full freezer because chicken was on sale at the local grocery store. I can only imagine what it’s like for today’s dairy farmers struggling to pay bills over the past four years of depressed pricing.

It’s hard. Sometimes it seems too hard. I know.

A few years back,  our market sales were down and my wife and I couldn’t find work to pay the bills. And my mental health suffered. I was angry at myself for what I viewed as a misguided move to our family farm. I didn’t see how things could change, and I felt trapped in an unwinnable situation.

The thoughts I was having scared me, so I consulted my family doctor, telling him I was anxious and depressed. He talked with me and prescribed medication. It helped my mind regain some of the perspective I’d lost in the face of a challenging situation.

My wife and I secured income that took some pressure off our farming endeavors, and our financial predicament cleared up. I made it through, yet I understand how some people don’t.

Farmers are, by nature, stubborn people. We stare at that stacked deck and decide to play the game anyway. And when we need help, we don’t like to ask for it.

I hated going to the doctor and admitting I was held slave to a malfunctioning mind. Even though the conversation and pills made me feel infinitely better, I hated that I had to take them.

I still go off and then back on the medication routinely. This despite knowing it’s better to just stick with it.

But I also know that, if I twist my ankle chasing an escaped pig, I’ll readily take ibuprofen while my leg heals. I’ll drink cold medicine when I have a virus so that I can feed and water the chickens in the dead of winter.

My brain is a part of my body. And an important one at that, so, yeah, I’ll take medicine to help my mental health. I might not like it, but I’ll take it.

Farming’s hard, and it’s totally worth doing. Just make sure you take care of your mental health while you’re taking care of your crops, animals and loved ones.