Farmers, Just Say No to Drugs

The American Medical Association has accepted the overwhelming data that shows antibiotic abuse by livestock farmers is creating drug-resistant superbugs. Is change finally near? 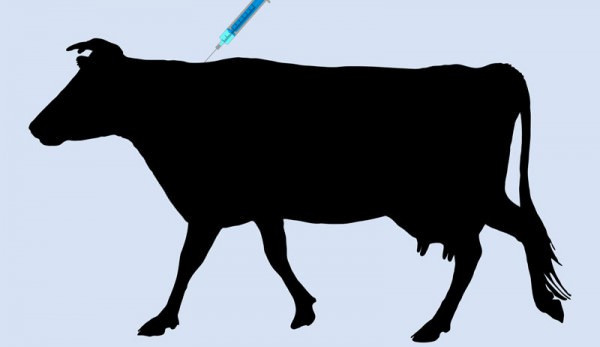 Antibiotic use in farm animals: This phrase alone bubbles up passion in farmers and consumers alike. Whether you keep 500 head of cattle or just want to buy the healthiest meat possible, youâ€™ve likely formed an opinion on this long, drawn-out debate.

The antibiotic controversy first hit the media limelight in 2011, when a bill introduced to Congress, in a sense, scolded industrial farmers for their blatant misuse of the drugs, making several types of antibiotics available only to treat sick animals. Fast-forward three years, and now the medical community is finally joining forces with the federal government on the issue.

In early June, the American Medical AssociationÂ adopted a policy to officially support ongoing federal efforts to ban antibiotics in livestock for growth purposes and to require prescriptions to be monitored by a veterinarian.

Why This Issue Still Matters
Despite the unrelenting back-and-forth about how much antibiotic use is too much, farmers need to assess how their husbandry practices might be affecting our food and public health. While nonjudicial antibiotic overuse in livestock isnâ€™t the only factor in creating drug-resistant super bugs, the vast majority of antimicrobials sold in the U.S. are used in animal agriculture. In fact, 80 percent are used on livestock, mostly to boost growth and decrease illnesses in crowded, stressful conditions.

The giant antibiotic-resistance problem comes up in mainstream news in relation to cases of untreatable infectionsâ€”you’ve heard of MRSA (methicillin-resistant Staphylococcus aureus), which kills 19,000 Americans each yearâ€”and sometimes in relation to the need to curb resistance or develop new drugs.

The U.S. Food and Drug Administration has been working to do just what the AMA is promoting. As of this writing, 26 drug manufacturers have agreed to phase out the subtherapeutic use of human-medicine antimicrobials in food-producing animals and to stop selling these drugs over the counter by December 2016.

Taking Sides
No one is suggesting that antibiotics not be administered to sick animals; rather, antibiotics shouldnâ€™t be given to healthy animals, which is current regular practice in industrial agriculture. If the FDA rules stick, veterinarians and industrial farmers follow the rules, and the Congress billâ€”called Preservation of Antibiotics for Medical Treatment Act (PAMTA) in the House and Preventing Antibiotic Resistance Act (PARA) in the Senateâ€”passes, several nice things could take shape:

The American Veterinary Medical Association is against PAMTA, saying the law will limit vets’ ability to maintain animal health. This is true. If animals continue to be raised in high-stress, confinement situations, they will not make it to their processing date without the assistance of antibiotics.

On the other hand,Â hundreds of health, environmental, agricultural, animal-protection, religious, hunger-relief and labor groups are pro-PAMTA, as the organizations’ members recognize the insane urgency of shutting down the increase in antibiotic resistance.

Scientific Proof In Black-and-White
You don’t need to read the entire text of PAMTA or PARA, but theÂ PARA intro is totally worth a skim, just for the supporting information behind the importance of the bill. I’m somewhat educated about this issue, but these facts shocked me:

If you aren’t already convinced of the absurdity of this problem, brush up on more issues surrounding antibiotic use on industrial farms with info from the Pew Charitable Trusts’ Campaign on Human Health and Industrial Farming.

Your Turn
Do you want to see Congressâ€™ antibiotic legislation pass (or fail, for that matter)? Let your representatives know! Pay them a visit (scary and time-consuming, I know), pick up the phone (scary but effective), or send a letter or an email (not hard, but not as effective as a visit or a phone call). Recall your Congress and Senate representatives’ contact information from the pop quiz in my very first News Hog entry, and put it to good work.