Porcine epidemic diarrhea virus (PEDv) is running rampant across the country, and it's up to small-scale farmers to keep our bacon supply safe. 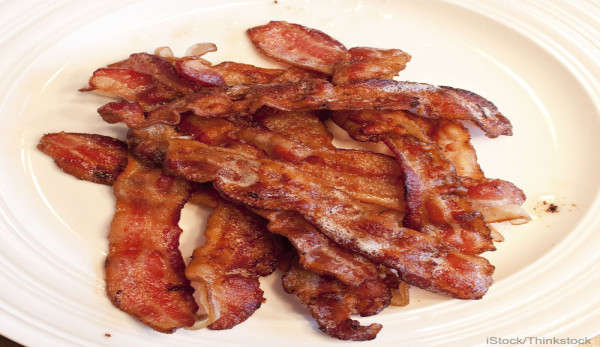 If you keep pigs or are a bacon fan, you’ve likely heard about porcine epidemic diarrhea virus. This disease showed up in the U.S. in May 2013 and has taken out millions of piglets since. Think youâ€™re bacon is excluded from the mayhem? Think again. As of April 2014, PED has crossed into 28 states, but itâ€™s been infecting our delicious breakfast sides worldwide since 1971. People, we need to get this under control!

The higher-ups in the pork industry predict sales of bacon, ham, ribs, loin and other delicious pork cuts will be down by 7 percent this year. What does that mean toÂ the lover of all thingsÂ pork? Dollar signs, and more of them. U.S. pork prices have alreadyÂ increased 9.4 percent since last year, so if youâ€™re a pork eater on a budget, you may need to start looking for morning sausage substitutes. However, the main concern for we small-scale farmers is not what the Tyson’s of the world are up to, but how to keep PEDv away from our pigs.

Catch PEDv Before Your Pigs Do
Younger pigs show more severe signs of PEDv, with half of to entire litters dying from the disease. In piglets younger than 7 days you may see these symptoms:

Piglets older than 7 days have a better chance at recovery. Signs in older pigs include going off feed for a few days, loose manure and vomiting. The disease spreads rapidly through the herd due to more bodily fluids flowing around the barn.

Because PEDv looks like other diseases (coccidiosis, transmissible gastroenteritis, rota viral diarrhea, Clostridium perfringens enterotoxemia and E. coli), you MUST work with your veterinarian if you suspect PEDv. (However, be aware this is not a zoonotic diseaseâ€”it cannot be passed to you or other animals.)

PEDv-Free in 4 Easy Steps
Your pigs can catch PEDv if they come in contact with contaminated feces, so nowâ€™s the time to put your biosecurity plan into practice. You have one of those, right? If not, here are some steps toadd in:

Pork producers aren’t the only ones taking these precautions. 4-Hers and other pig exhibitors don’t want PEDv infecting their blue-ribbon-worthy animals either, so theÂ National Pork Board has biosecurity guidelines for showing pigs.

Puzzled By PED? So Are the Experts
Researchers are looking into how PEDv made its way to the U.S. The strain is nearly identical to a strain identified in China in 2012, but we still donâ€™t know how it got here.

Likewise, how itâ€™s being spread so rapidly has stumped researchers. A leading theory is that the disease is being spread through pig feed, though this has yet to be verified. Commercial, pelleted, complex starter feed may include pig blood plasma for protein. (Do you read the ingredients lists on your feed tags? This could be listed as animal by-products.) If youâ€™re concerned, ask your bagged-feed-brand representative exactly what kind of protein sources they use. Better yet, work with your local feed mill to formulate your own pig ration.

Last month, USDA’s Animal and Plant Health Inspection ServiceÂ said theyâ€™d issue a federal order making it mandatory to report PEDv in a herd, though as of this writing, that hasn’t happened. While some states require PEDv reporting, I don’t understand how PEDv isnâ€™t a federally reportable disease, considering the damage it’s caused to the commercial pork industry. At the same time, we’ll want to keep an eye on National Animal Identification System-like programs dressed as food-system-security measures.