America's founding fathers provide an example of how to raise livestock as part of a sustainable farming operation. 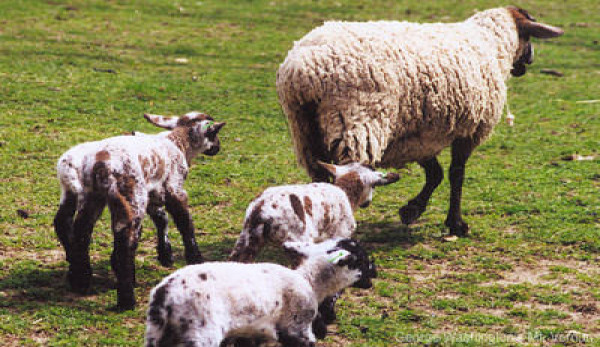 This month, as we celebrate the accomplishments of great American presidents, we can give a nod to their leadership in farming, as well. During the early years of America, from the late 1700s to early 1800s, more than 90 percent of the labor forceâ€”including the countryâ€™s top leadersâ€”farmed, and livestock were especially important to the agricultural landscape. Early presidents, including George Washington and Thomas Jefferson, modeled agricultural excellence by working hands-on with their herds and flocks in a way that was sustainable and encouraged tip-to-tail consumption.

“Washingtonâ€™s livestock were used for many different jobs on the estate,â€ť says Lisa Pregent, livestock manager at George Washingtonâ€™s Mount Vernon Estate, Museum and Gardens. “The horses were a source of transportation, either riding or pulling carriages. TheÂ draft horses worked in the fields, pulling wagons and plowing. Smaller horses and mules were used in the treading barn to help break the wheat grain from the chaff. The cattle were used for milk, draft work and meat; even their horns were used to make buttons and tools. The sheep were incorporated into Washingtonâ€™s seven-year crop rotation, occupying one field to supply the fertilizer via manure. The sheep were sheared for their wool and provided mutton for the table.â€ť

Likewise, Jefferson learned from his predecessor ways to incorporate livestock into his farming operation by raising poultry, cattle and evenÂ bees for myriad uses at his Monticello home. In the early 1800s, he took a special interest in sheep, according to the Monticello website, and began breeding the Tunis, which he claimed had the best-tasting meat. At one point, a flock of 40 Tunis grazed the White House lawn, which caused its fair share of controversies, even in the early 19th century.

As the U.S. continued its development, farming began to fall out of favor. By the mid-1800s, farming families equaled about 70 percent of the population, and eventually non-farmers began to outnumber farmers. Many of the livestock breeds that grazed the lands of the presidentsâ€™ acreages are now consideredÂ rare breeds and are listed on the American Livestock Breeds Conservancyâ€™s Conservation Priority List.

We can look to our founding fathersâ€™ practices to encourage a farming landscape that mimics that of the 18th century.

“Their farming practices were eco-friendly, they produced truly local food, and they matched the right breeds to the place and job,â€ť says Ryan Walker, ALBCâ€™s marketing and communications manager.

Although the roles of livestock have transitioned in modern times to be mainly food producers, with the invention ofÂ farm machinery leading to less use in draft purposes, you can still learn to incorporate animals for multiple purposes on the farm and raise them in a way that is healthy for both the animals and the land.

Just look to Washingtonâ€™s livestock as an example.

“Not only did his sheepÂ graze and fertilize his fields, but they providedÂ wool for clothing and meat for the table,â€ť Pregent says. “His oxen teams worked the fields, plowing and harrowing, until they reached 8 years old. They were then put out to pasture for one year before slaughter. These animals were bred and raised to provide many services.â€ť

If you want to try raising livestock as our founding fathers once did, consider raising one or more of these heritage breeds: