Without generational knowledge to learn from, new growers often make farming mistakes along the way. It can be hard, but the lessons learned are invaluable. 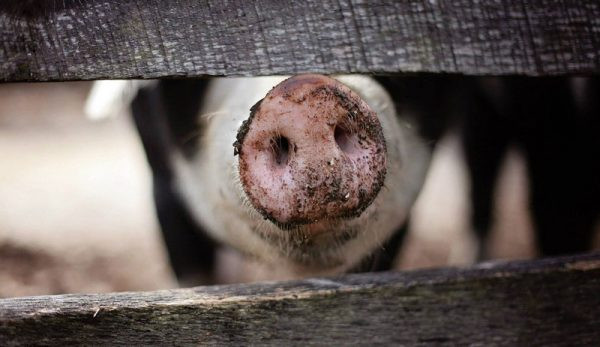 When the most recent Census of Agriculture was released in April 2019, it contained some disquieting information. The total number of farms is down, as a small number of large agricultural operations now produce two-thirds of farm output and medium-sized farms continue to disappear.

Also, the average age of Americaās farmers crept upward to 59.4, with one-third of the total being past 65.

But there were some bright spots in the numbers. Twenty-seven percent of responders fell into the ānew farmerā category, with 10 or less years of farming experience and an average age of 46.3 years old. Nine percent of farmers are 35 and younger, and small farms (120 acres or less) make up a decent proportion of the total number of the nationās agricultural operations.

And, as I found out the hard way, a lot of those young farmers are learning important lessons from their farming mistakes.

Figuring It Out Along the Way

I started farming, with zero years of on-farm experience, in 2013 at the age of 36. I was part of what I consider the good stuff happening from 2012 to 2017, the time frame measured.

My wife and I moved our young family of five to an old farmhouse on 12 acres of Kentucky land to grow food, reconnect with what sustains us and live closer to nature. The plan was heady and foolhardy around the edges, but our aims were true just as our progress was swift and sloppy.

Because thatās the thing about learning new things. You make some farming mistakes along the way as you figure it out.

Thatās how I choose to remember one of the more devastating moments from our early days of farming, when we lost all but one from a litter of Berkshire piglets.

It was our sowās second farrowing on our farm. And it was the first weād seen from conception to birth.

Tracking back from our pigletsā early February birth (a sowās gestation period is three months, three weeks and three days), that means the sow, Hen Wen, and boar, George, did the deed in mid-October.

But it was a hot autumn, with a prediction of a warmer-than-usual winter. And, admittedly, we didnāt know to mind our calendar and keep the pair separated to ensure against cold-weather farrowing. (Cold-weather farrowing can be done successfully with the right setup. We didn’t have that.)

Read how to keep piglets warm in winter naturally, without heat lamps.Ā  Ā

It was still warm when Hen Wen started pacing around the pig barn, collecting straw for a nest. Temperatures had been in the 50s for weeks, since the tail end of January.

By this time, I understood that a winter farrowing wasnāt the best idea for us, given the draftiness of our barn-board walls. But with the weather weād been having and our sowās signs of impending delivery, we figured the normal precautionsāa few heat lamps and some extra strawāwould do the trick.

But when I went out to do chores the next day, I needed to bundle against the low-20s temperature. A cold front had rushed in and the thermometer dropped 30 degrees overnight.

Upon stepping into the barn, I found eight wriggling little tadpoles of porcine flesh eagerly suckling. Our last farrowing (which had been our first) required extensive intervention, so I counted a successful overnight birth as good luck.

My wife and I watched throughout the day as the piglets napped and wrestled for a place at their motherās belly. We noticed when they got slower to wake, moving them beneath the heat lamps to warm when they shivered, sighing when they crept back to their mother.

Hen Wen looked rough, too. She wasnāt eating and drinking enough to regain her strength, and she appeared oblivious to her babies.

And then she started crushing them.

Thereās really not much you can do when a 700-pound pig drops onto a cold-slowed piglet except futilely scream at her. You hear the tiny squeal beneath her, and sometimes she jumps reflexively. But because sheās groggy with exhaustion and a deep chill, sometimes she doesnāt.

We were heartbroken. We worried over went wrong.

But we were also farmers, and, looking at that lone little pig, we realized we only had one chance left. So my wife vaulted herself into the stall, scooped up the piglet and ran into the house.

Our farmhouse is largely heated by an always-glowing wood-burning stove, and my wife crouched down next to it, piglet against her coat, as heat bathed his little body.

I warmed up a bottle of cowās milk, calling on memories of feeding our children. The piglet sucked a bit, then dropped into sleep. I placed a cardboard box and some old towels next to the stove. We buried the piglet in the fabric, threw some logs on the fire and waited.

The first day was touch-and-go. We squirted warm milk and honey into his mouth with a feeding syringe every hour, but he mostly slept. Then, toward the evening, we heard a feeble squeal from the box and looked to find him standing, staring at us.

We fetched a pan of warm milk with dark corn syrup (we added oats after a week) and placed it in front of the piglet. He tentatively touched his snout to it, then slurped it all down.

Over the next few days, Mr. Piggie (as he came to be known) went from deathās door to midnight hunger squeals. He slept by the fire at first, walled in with puppy gates. Soon, though, he trotted around the house, driving the dog crazy and befouling the kitchen floor.

We moved him to a sunroom and started offering creep feed to eliminate middle-of-the-night squeals. When the weather warmed up for good, we gave Mr. Pig an unoccupied broiler chicken pen outside and scrubbed our house with wild abandon.

We tried unsuccessfully to sell Mr. Pig as a purebred boar. Eventually, we mustered our farmer gumption and let him attend a farmers-market fundraising dinner as the guest of honor.

There were tears, sure. But we were glad weād preserved his life long enough to bring family and friends together for a good cause. (Though we did not attend.)

Check out these 5 tips for properly feeding pigs.

My wife and I learned a lot about farming and farrowing from this experience borne from farming mistakes.

I believe itās vitally important for people who are not farmers to find their way into the food-production system. And I think such invaluable, though often soul-crushing and expensive, lessons are critical.

Yes, read every book, magazine article, blog and pamphlet on farm endeavors you intend to pursue. Seek out farming neighbors to pick their brains, and visit your local county extension agent for their sage advice.

But in the end, if you werenāt raised on a farm and havenāt benefited from generational advantages, youāre probably going make some farming mistakes now and again.

(And, psstāgenerational farmers mess up, too.)

And thatās OK. Sometimes itās heartbreaking or expensive. And you should always take every precaution to keep you and yours safe.

But you have to leave room to be wrong sometimes. Because, often, the lessons you learn from farming mistakes make you a much better farmer.

I may not have properly minded my farrowing calendar before that cold February morning. But itās never not been on my mind since.