Pig Farmers: Fat Can Be Good, if You Know How to Use It

Heritage pigs are great for pasturing, but they pack on more fat than feed-efficient breeds. As long as you know what to do with it, fat can be a very good thing. 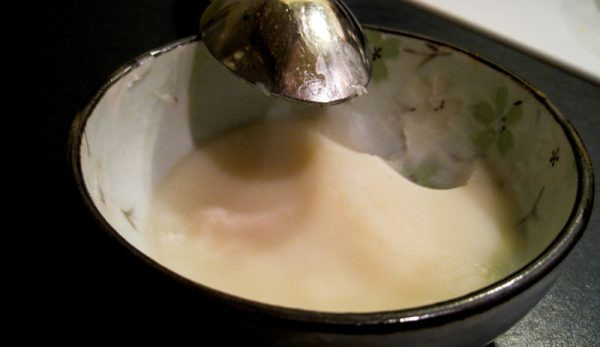 Generally speaking, when you raise a livestock animal, you want to raise as much meat as a reasonable amount of feed can produce. In the case of pigs, that point is typically reached just after seven months, at around 300 pounds, when the animalâ€™s conversion rate drops dramatically and it takes a lot more feed to put on a pound. Iâ€™ve heard old timers refer to this optimum weight as â€śtop hog,â€ť a wonderful term that I now use whenever possible.

Feed conversion rates can be as fascinating as they are frustrating when youâ€™ve reserved a date at the processor for a pig thatâ€™s just not growing fast enough. But what Iâ€™d like to talk about here is not how pigs put on weight, but rather what that weight isâ€”meat and fat. Meat is muscle, and itâ€™s what you fill your freezers with for future mealsâ€”your chops, steaks, roasts and so on.

Fat, in turn, is not meat. On a lean pig, it rims and is marbled throughout cuts, providing flavor and moisture for the meat. But a fat pig taken in at top hog weight will be disappointing when you pick up the cuts from the processorâ€”there wonâ€™t be as many, for starters, and your cuts are likely to be on the smaller side.

For this reason, market farmers tend to shy away from hogs that convert feed into higher rates of fat, instead preferring breeds such as Berkshires of Yorkshires over lard pigs.

But fatâ€™s not badâ€”not really. Yes, getting copious packages of caul fat (more on that in a minute) can mean less meat for the table, but if youâ€™re not feeding a large family or selling cuts at the market, itâ€™s a perfectly viable option to raise a few Large Blacks or Guinea hogs. Youâ€™ll get more fat than other farmers, sure, but thatâ€™s not a bad thing if you know what to do with it.

When you pick up your meat from the processor, youâ€™ll probably receive packages labeled â€ścaul fat,â€ť which is the fatty tissue surrounding a pigâ€™s internal organs. Vacuum packed, it looks like a big tube of frozen goo, but thaw and unwrap it, and you get a lacy-looking membrane that some, descriptively, call either leaf fat or fat netting.

Though not the most popular item at the farmers market, I used to sell caul fat to the head chef at one of central Kentuckyâ€™s premier farm-to-table restaurants on an almost-weekly basis. She explained that it was great for wrapping fish before roastingâ€”as the fat melts, it keeps the fish moist, protecting against that all-too-common dried-out fillet. What’s more, many European recipes call for caul fat to wrap sausage, such as the French crĂ©pinette and the Swiss atriau.

Some processors might offer a bucket of rendered lard (pictured above) at pickup, too, and itâ€™s wise to smile and accept the stuff. I know many of us have been conditioned since elementary school to view lard in an unpleasant light, but recent years have seen rendered fat make a comeback in kitchens across the U.S. You can use lard anywhere youâ€™d use processed oils such as vegetable oil or margarine, and itâ€™s a great substitute for that big tub of greasy shortening (itâ€™s extra good in a pie crust). Trying to cut back on fat in your diet? Lard is perfect for making luscious, oil-scented soaps for the sink counter and the bathtub; slathered on with a badger-hair brush, it makes a top-notch shaving soap, too.

But if your processor doesnâ€™t collect rendered lard for customers, Â you can make your own at homeâ€”in fact, cooking a pan of bacon is essentially rendering belly fat. (You keep bacon fat, right? You should.) Caul fat makes the most neutral-tasting lard, and the rendering process is fairly simple. First, dice the frozen fat into smallish cubes, then toss it all into a slow cooker set to low (leave the lid off to allow moisture to escape). After a few hours, you can strain the melted liquid through three layers of cheesecloth (there will be some clumps in thereâ€”toss them in a frying pan to make cracklings). Stored in a glass container, the liquid cools to a creamy lard that will keep for many months to come.