Interested in growing fava beans? Here are my tips. 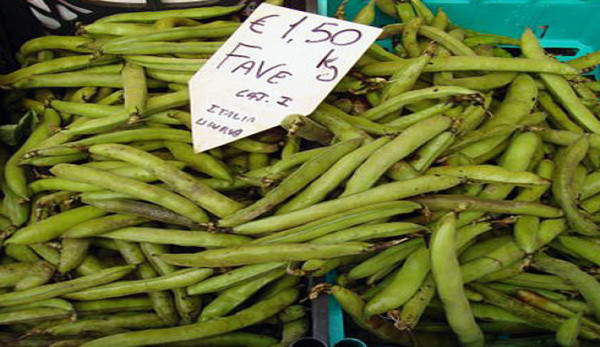 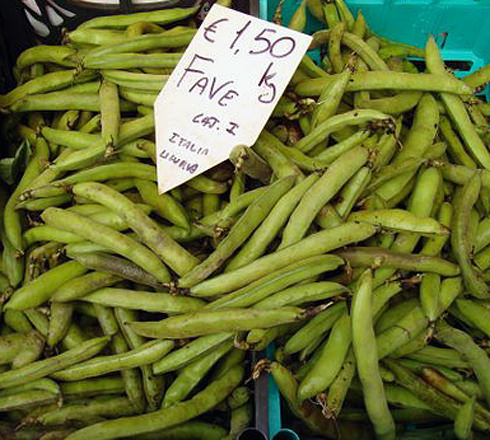 We began harvesting our fava beans, or “fave” as they are known in Italy, in May.

Sometimes, I get reader mail from people who are interested in growing fava beans. I always tell them that gardeners just about anywhere except in the tropical climates can grow them. I‚Äôm sorry, but you growers in Florida and Hawaii can grow some big plants, but they probably won‚Äôt set many pods. Of course, everything comes down to microclimate, so maybe the gardeners who live up on the mountains in Hawaii might be able to grow fava beans with success.

The key to growing fava beans is to have a nice, cool season when the heat-hating flowers can be pollinated and set fruit. In places with really cold winters, fava beans can be planted in the spring and will manage to set the fruit before the summer heat sets in. In places that have winters with perhaps a bit of snow but a lot of days between 50 and 65 degrees Fahrenheit, fava beans are best planted in the fall.

Here in Northern Italy, it‚Äôs traditional to plant these beans, called fave, on the second day of November. I‚Äôll confess that I didn‚Äôt do so this year; I planted the “early‚Äù variety six weeks ago and planted the regular fave a week ahead of schedule. In both cases, I‚Äôll have to wait until early spring to harvest the beans.

The good news for American gardeners is that the availability of good fava-bean seeds in the United States has never been better. Early, late, long pod, short pod, dwarf and a number of named fava bean varieties are available.

When I plant fava beans, I try to mix some fireplace sweepings into the soil, because the extra potassium helps combat the almost inevitable rust fungi that will attack the plants next spring. I also like to create some sort of staking system, because the big mature plants loaded with huge seed pods can become quite floppy, and I‚Äôd rather the pods didn‚Äôt touch the muddy ground.

Some serious farmers plant fava beans as a cover crop for their nitrifying action. The crop is also often used in rotational schemes because it can be planted after anything; it won‚Äôt get whatever diseases or pests might have been bothering a previous crop on the same plot of soil. Fava beans don‚Äôt make a particularly large harvest of edible produce, and even those are more often fed to animals than destined for human consumption. But fava beans do generate a fairly high amount of soil nitrogen, and they create a whole lot of compostable organic material.

Although fava beans can be dried and eaten later in soups, many gardeners, including myself, are crazy for fresh fava beans. I‚Äôm a goat, and like to eat the beans right out of the pod, but my more civilized wife takes the time to remove the light-green shell protecting the beans before eating them.

In any case, we eat them in many ways, but the traditional May Day afternoon snack of fresh fava beans, salty Pecorino cheese and local salami is divine.