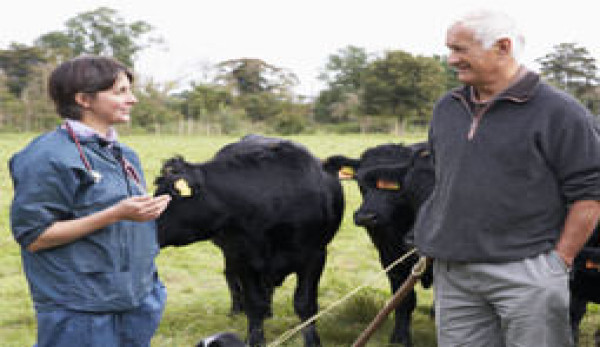 Last week, the U.S. Food and Drug Administration published three documents that promote the responsible use of antibiotics in production livestock to help prevent antimicrobial resistance in humans and animals.

The three documents, available for public view in the Federal Register, encourage farmers, producers and veterinarians to take steps to ensure livestock antibiotics remain effective by using them only to treat diseases and health problems, not to increase production:

The voluntary initiative outlined by the FDA in the three documents was developed specifically to transition antibiotics from being available over-the-counter to only by prescription, according to Christine Hoang, assistant director of the activities division of the American Veterinary Medical Association. The arenâ€™t intended to completely restrict farmersâ€™ access to the drugs.

The AVMA has been working closely with the FDA on the early development of the Veterinary Feed Directive, legally requiring veterinarians to indicate species on antibiotic prescriptions and to educate farmers and producers on the prescribed use. The AVMA has instituted a steering committee, which will work with the USDA to implement and improve the process through pilot programs and listening programs.

â€śThe new strategy will ensure farmers and veterinarians can care for animals while ensuring the medicines people need are safe and effective,â€ť says Margaret A. Hamburg, MD, FDA commissioner. â€śWe are reaching out to animal producers who operate on a smaller scale or in remote locations to help ensure the drugs they need to protect the health of their animals are still available.â€ť

While itâ€™s unclear the effect the FDA initiative will have on livestock populations and the food supply, both the AVMA and the National Farmers Union, who support the initiative, maintain that any bans on antibiotic use in livestock should be based on scientific evidence, as it could pose risks to livestock health and the livestock industry.

â€śThere have been two [U.S. Government Accountability Office] reports released last year on the use of antibiotics in humans and the livestock industry,â€ť says NFU president Roger Johnson. â€śBoth reports came back saying there were significant data gaps and that additional information is needed [to track antibiotic resistance]. The next steps should be to include hard science, research and data collection. Family producers can help with this task by following the labeled use of antibiotics and reporting any issues they have.â€ťÂ