Chickens are spooked easily by sudden changes. Where I live, we haven’t had much of a traditional winter, but last week, the sky fell. In fact, an entire foot of sky piled up around my chicken coop. My dearly departed Red Star Mabel would have trudged through the snow like an Arctic explorer, but since […] 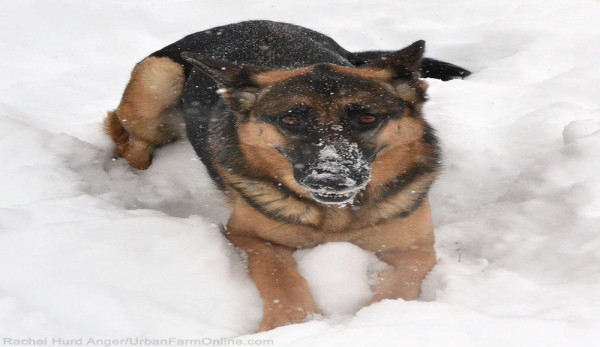 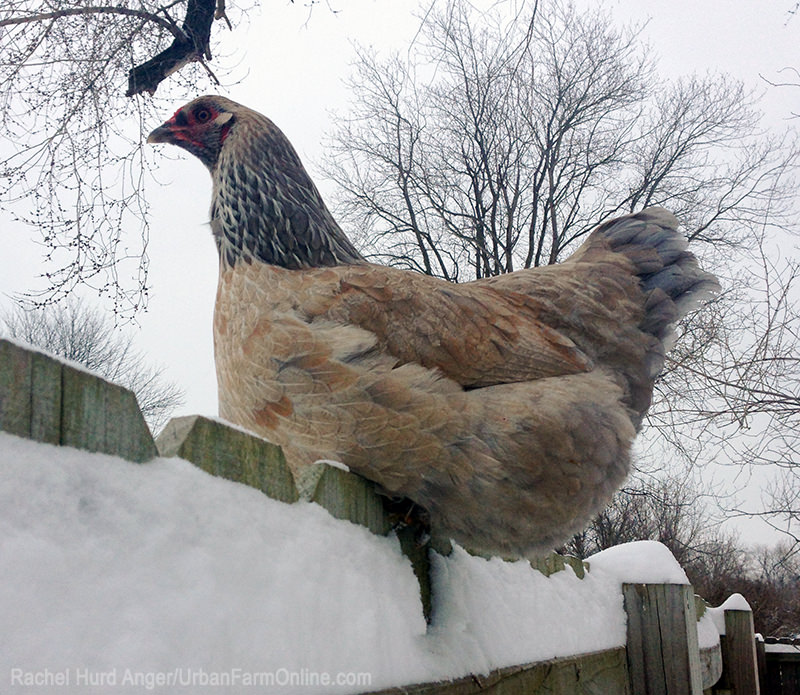 Chickens are spooked easily by sudden changes. Where I live, we haven’t had much of a traditional winter, but last week, the sky fell. In fact, an entire foot of sky piled up around my chicken coop. My dearly departed Red Star Mabel would have trudged through the snow like an Arctic explorer, but since she’s been gone, the other old girls have gone soft. Who can blame them, really? Even the humans hid inside last week like the chickens hid inside their coops.

A friend mentioned to me yesterday that one of her chickens avoided the snow and ice on the ground by flying up into a tree. Despite the below-zero wind chills overnight, the hen spent two days up in the tree refusing to come down.

My own adventures out to the coop through the snow to check on the flock left a nice compressed trail where the chickens could walk to the back steps for treats and kitchen scraps. The kids and the dog helped leave trails through the rest of the yard, too. I tried to coax the flock out a couple times early in the week, but they wouldn’t budge.

The hens and the pullets spent nearly two full days inside the coop, even with the door of the run open to freedom. I finally scattered some leftover vegetables in their direction, and three pullets jumped at the temptation, flying unsteadily. Each of them landed in deep snow; not one landed on the compressed paths we’d stomped out for them. I swear I heard thunks when they landed, but I might have imagined it. For a moment, they looked like ducks floating on water, not chickens stuck in snowflakes. 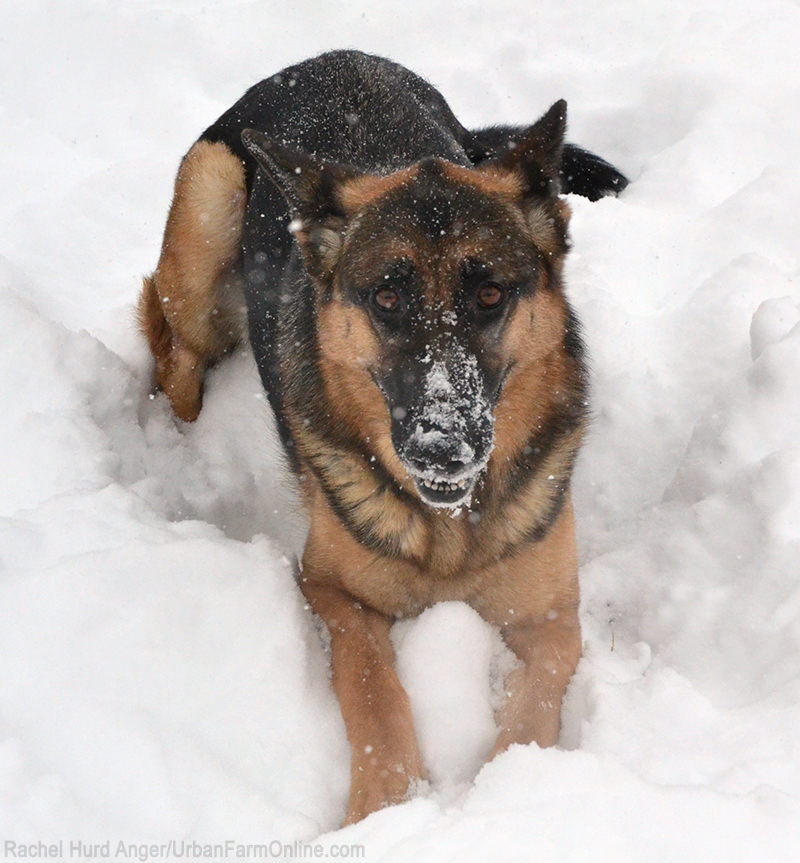 I let the hens sit where they landed for a few minutes to see if they’d move on their own or make a ruckus. They didn’t. The girls just sat there. Perhaps it felt comfortable to them, but the snow was so deep where they’d landed—their shanks and toes not long enough to touch the patio beneath them—they’d never have made it out on their own. So I pulled on my boots and rescued them, one by one, each one flapping and squawking at me as I returned her to the coop.

On Sunday, a full week into what seemed like an entire winter’s worth of weather, the hens found snow- and ice-free areas in the sun to hang out. The whole flock stood on the back steps for most of the day. Every time I peeked outside, they would tantrum with clucks and squawks, as if they’re the only ones whose normal activities were derailed by the winter weather.

Did winter storms affect you this year? What kind of wacky behavior did you notice in your flock?