A Few Things To Consider Before Getting Honeybees

Thinking of getting honeybees next year? From breed type to shipping, there are a few things you should consider before making the purchase. 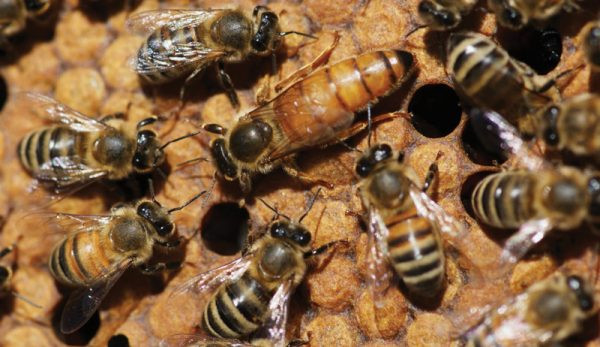 Taxonomy is complicated. The classification of animals and plants into family, genus, species and so on is subjective and often depends on who does the classifying and when.

This much of the lineage of honeybees is agreed upon. They belong to the genus Apis in the family Apidae. There are four to seven other members of the genus, all but one of Asian origin. Apis melifera, which is native to Europe and Africa, is the one that populated the Americas after being brought here by settlers in the early 17th century.

(Although North America is home to around 4,000 species of bees of the Apidae family, it has no indigenous honeybees.)

A. melifera, our adopted honeybee, itself has as many as 20 subspecies, each with its own distinctive characteristics. Does that sound confusing? Take heart.

It turns out that selecting a breed of honeybee is not that difficult. And itâ€™s not nearly as important as selecting a source and a method of shipping.

Itâ€™s arguable that honeybees in North America are muttsâ€”a mix of traits that donâ€™t represent any pure subspecies. In their natural habitats in the old world, they developed in isolation, prevented from interbreeding by natural barriers such as mountain ranges.

They were imported to this country in waves. In the beginning, the particular subspecies depended on the region from which the settlers who brought the hives originated. Eventually, importers brought queens in commercially, with various subspecies coming into vogue at different times.

At first, there were A. melifera melifera, the small, dark, German bees. They were good honey producers but were aggressive and susceptible to disease. The Italians, A. m. ligustica, even better producers, possessed a gentler disposition and an attractive, yellow color.

A. m. carnica, commonly known as Carniolans, came from middle Europe. Their habit of cutting back on brood rearing during ebbs in nectar flow enhanced their ability to overwinter successfully in cold climates. But their rapid buildup in the spring required careful management to prevent losses from swarming.

Caucasians, A. m. caucascia, were particularly gentle but produced inconveniently large quantities of sticky propolis. For various reasons (mostly because theyâ€™re mean), subspecies imported from North Africa, Cyprus and Egypt didnâ€™t catch on at all.

Read more: Check out these 5 guidelines to follow when feeding your honeybees.

Queen breeders maintained popular varieties, but the others lived on. Swarms established feral colonies in which indiscriminate mating eventually blurred the distinctions between subspecies. Because (short of artificial insemination) itâ€™s next to impossible to select the drones that a queen mates with, even the commercially maintained subspecies probably underwent some genetic drift.

Then, in 1922, Congress passed the Honeybee Act. This banned all importation of honeybees in an (ultimately unsuccessful) attempt to prevent the introduction of Asian parasites.

For almost 100 years, the various subspecies of honeybees in this country have evolved in isolation from their European and African progenitors. The sole exception is the migration, through our southern border, of a South African subspecies accidentally released in Brazil.

The Africanized honeybees (â€śkiller beesâ€ť in popular parlance) have added their genes to the mix in our southern states. But thatâ€™s a topic in itself.

With all that said, the choice of stock for a beekeeper today is between the only two readily available subspecies: Italians and Carniolans. Italians remain the most popular and widely sold, but I (and others) personally prefer the Carniolans. Of course, it isnâ€™t quite that simple.

Researchers have bred several varieties, sometimes called lines, genetically selected for desirable characteristics. Most development in the past 20 years occurred in an attempt to produce honeybees resistant to varroa mitesâ€”one of the greatest challenges facing bees and beekeepers today.

Some notable lines include:

Though these lines offer advantages, they arenâ€™t always easily available. Beekeepers should also know that genetics associated with desirable traits quickly dissipate as swarming and succession take place and new queens mate with drones from other colonies.

The best option is to purchase quality bees, whether Italian or Carnolians, from a reputable source. The conditions under which breeders raised the bees might impact the health of the colony more than their genetics.

Think of the difference between buying a dog from a respected breeder and getting one from a puppy mill.

The essential factor is a good queen. Because she is the only bee capable of laying fertile eggs, the viability of the colony depends on her.

You want a young but well-mated queenâ€”qualities impossible to determine by inspection. Thatâ€™s why the reputation of the seller is important.

You can ask experienced local beekeepers and members of beekeeping associations for advice on where to buy. Some groups arrange bulk purchases for members, which reduces cost and can expedite shipping.

Your bees’ transportation method matters more in establishing a successful colony than you might think. There are three ways for a new beekeeper to acquire bees:

Established hives, and the complications that come with them, can be overwhelming for a new beekeeper.

Nucs (short for nucleus hives) are starter colonies. They come in smaller boxes with fewer frames, and they contain about 10,000 bees. Quality nucs have the advantage of having an accepted, laying queen, as well as drawn out comb, some brood and some food stores.

Unfortunately, they are in short supplyâ€”produced to orderâ€”and have to be contracted for well in advance. Most beekeepers order bees by the package. These are wood-framed, screened shipping containers, also holding about 10,000 bees, with a queen in a separate small container inside the larger package.

Packages and nucs are usually sold by large commercial operations in California and the South. Early warm weather and plentiful nectar sources in these areas enable a buildup of bees and queens. Suppliers then ship bees to other areas of the country where spring is just beginning.

That means that most new bees originate far from their ultimate destination.

The method of shipping should be the first consideration for the purchaser. Avoid shipping by mail. Bees loaded on pallets in a tractor-trailer or the hold of a plane can be subjected to extremes of temperature for several days. Some might be dead on arrival or have less obvious health damage resulting in shortened lifespans.

Itâ€™s better to order through a local beekeeping supplier who handles transport in person and offers a guarantee. Or you can work with a group, rent a vehicle (if necessary) and have one or two members handle the move themselves.

If neither of those is possible, express shipping (though expensive) is another option.

In short, the most reliable way to acquire bees is to order either Italians or Carnolians from a reputable producer through a local dealer. To paraphrase the standard reply of expecting parents, â€śIt doesnâ€™t matter which it is, as long as theyâ€™re healthy.â€ťÂ