Fall means the figs are ready to pick and preparations for the huge olive harvest here are just starting. 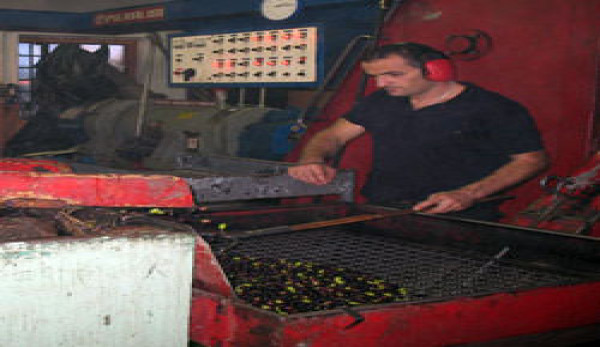 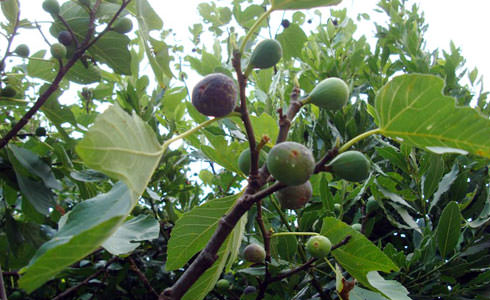 I like to eat the figs that grow on my terraces as snacks while I’m in the garden.

Fall means the figs are ready to pick and preparations for the huge olive harvest here are just starting. I donâ€™t actually harvest the figs and bring them in the house, because my wife doesnâ€™t like the little black figs that we have. Instead, I use the figs as my snacks for the short season that they are available. I ate six or seven this morning, when I first worked in the garden, and then I ate another handful after my second stint.

Here in Liguria, Italy, itâ€™s traditional to grow figs not as upright standing trees, but as crawlers that grow in the rock walls that make the terraces. Having a fig in a wall is sort of considered a requirement, so almost every new construction or wall rebuilding project includes the planting of a fig in a wall somewhere.

I tried drying some figs last year, (I make great raisins in the oven.) but, while they were edible, they werenâ€™t the succulent morsels I had hoped for. I was too busy to try drying figs again this year, but next year Iâ€™ll try to be more selective and use only the sweetest figs for my dried-fruit experiments. 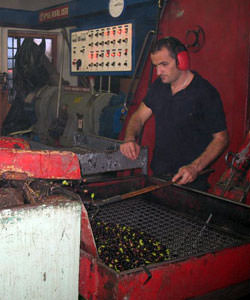 Making olive oil is a big part of the fall season. Here, an olive grower rakes olives to be pressed for oil.

The big news is that the annual olive harvest is just starting. The whole area here is covered by olive trees, and even as we walk in the forests behind our home, we pass thousands of old olives that were abandoned many years ago.

The crop of olives is very important to all the homeowners. Wherever homes are constructed, the old olives are refurbished by a severe pruning. We donâ€™t have any olives on our cliff, but I do spend a lot of time helping my friend, Richard, with his trees. He has around a hundred trees on his terraces and produces an average of a hundred liters of oil per year.Â

Itâ€™s great fun going to the olive pressing facilities to have the olives mashed and the oil extracted. All the equipment in these places, (and there are perhaps 30 olive mills within a half-hour drive from Richardâ€™s farm) is ancient and looks like it could have been running during the 19th century. But it works great, and all the farmers and homeowners make reservations and line up with their bags full of olives to have their crops processed.Â

Almost everybody allocates 50 liters a year or so for their own kitchen use, and then they sell the rest of their production to non-olive-owning friends. The price for good homemade oil from a friend is about 10 Euros per liter. The higher price for homemade reflects the general impression that the homemade stuff is preferable.