Figs pop up everywhere out here in Italy! 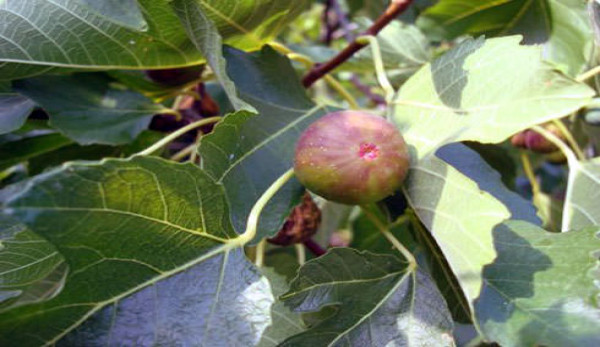 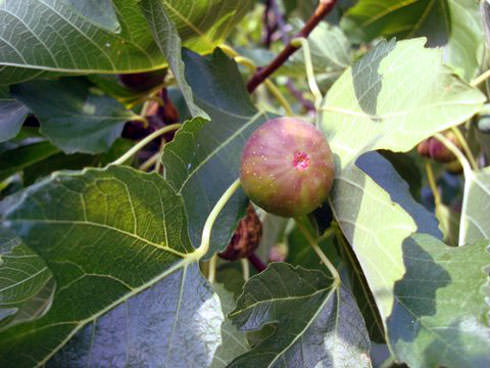 This is one of the many wild figs growing along the roadside in Italy.

Lately, Iāve been eating many figs found alongside roads. There are fig trees planted all over the place around here, and they have produced enough for a good harvest in the last week or so.

There are three main types of figs that grow in these parts. Some are small, sour, black figs that seem to be wild. I donāt think anybody plants this variety; it may have been a grafting rootstock. At one point in time, there were wild figs growing in the Mediterranean area. It would be interesting to know if this fig variety is perhaps an authentic wild species.

The next type of fig grows wild and is brown, small and very sweet. I think this is the oldest planted variety ā sort of like a Mission fig. I have one of these growing in a cleft in the cliff, where my garden is built. I treat myself to handfuls of these abundant producers when Iām working in the garden.

The chartreuse fig is the third type of fig that grows around here. This large variety is a local-market favorite. All the small farmers grow this variety because, not only does it sell the best, the crop also matures progressively in such a manner that there is a crop of new, ripe fruits every day for several weeks. My wife prefers this type, and it always amazes me how she peels each fig before eating it.

Shown is one of the sweet, brown figs that Iāve been able to dry nicely. (Large, green figs are too moist for drying purposes and will just end up rotting.) One of these years, Iām going to start a big fig-drying project. Iāll bet I will be able to collect more than 100 pounds of figs to start with because there are so many unharvested fig trees nearby.

It is apparently an old Genovese tradition that every family plants a fig tree in one of the rock walls in their home. This seems to be true because I hardly ever see figs growing on a piece of flat ground.

Some of my friends rebuilt an old abandoned home a few years ago. Their neighbors were a bit skeptical of the americani at first, but then when they planted a fig tree in one of the rebuilt rock walls, everybody seemed relieved that they were in fact proceeding in the correct manner.

I am of the opinion that figs were probably the first domesticated plant, having been domesticated about 10 or 15 thousand years ago, when humans were first figuring out agriculture. I think this is because one can simply break off a fig-tree branch and shove it into the ground to make a new tree. You canāt do that with an apple or a peach branch.

Date palms, which are perhaps even easier to propagate, may have been one of the first horticultural plants, but they take years to produce fruit. A new fig tree, however, can produce fruit during its first year after being propagated. The first agricultural revolution was probably the discovery of the technology of seeding large areas with grain plants, such as rice and wheat, but I believe that had to happen after the fig tree had been propagated.