Plugging into urban-farming-related organizations across the U.S. will help you find the support you need to build your urban-farming-community network. 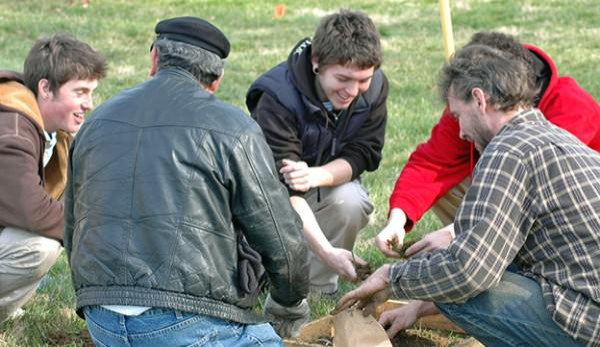 The siren call of farming extends far beyond rural plains and vast acreages. People living in suburbs and big cities can also experience the organic appeal of growing their own produce, raising chickens, bee keeping and other steps to sustainable living.

Interest in urban farming has increased in popularity in the United States and abroad in recent years. The satisfaction of growing your own tasty food has wide appeal. Agriculture has always been a part of society, and now it is one in which anyone can have a hand. The added benefits of a beautiful green space in the midst of a city where you can come together with friends and neighbors adds a community feel often missing from the isolation of today’s modern lifestyle.

Whether youāre a suburban farmer with a quarter-acre backyard, a city inhabitant with access to a communal vacant lot of raised beds, or an apartment-dweller raising produce on your balcony, you can have an urban farm, free of the harmful pesticides common to industrial-sized farming operations.

The purposes of urban farming are many. They include raising food for home use; selling produce for profit; and providing youth activities and job training in the context of nonprofit community groups that give food to charities.

If you want to jump right into a larger-scale operation, TheĀ American Community Gardening Association provides a map of programs throughout the U.S. Finding an existing community is a great way to learn about urban farming and lend a hand to programs that enhance your local area. For beekeepers, theĀ Back Yard Beekeepers Association has more than 250 membership-based clubs across the U.S., which are listed on their website.

Check out these organizations to find an urban-farming community in your area.

If you are fortunate enough to live in an area that has a large urban-farming group, such as theĀ Kansas City Center for Urban Agriculture in Kansas, you’ll have a head start on getting plugged in to an existing network. KCCUA describes itself as “a nonprofit organization with the mission to promote the production and consumption of fresh, local produce by growing urban farmers who are an active part of healthy neighborhoods in greater Kansas City.” The KCCUA also has a 2-acre working organic vegetable garden that serves as a “demonstration project” for the city. This farm is financially self-sustained, producing more than $100,000 worth of produce per year.

In Milwaukee, Wis.,Ā Will Allen beganĀ Growing Power urban farm 17 years ago on a small acreage as a way to provide a place for teens to work and grow food for their community. It has become one of the country’s most studied and successful urban farms.

Allen’s website states: “Growing Power transforms communities by supporting people from diverse backgrounds and the environments in which they live through the development of Community Food Systems. These systems provide high-quality, safe, healthy, affordable food for all residents in the community.” Growing Power has expanded throughout Milwaukee and Chicago, along with establishing satellite training locations in Arkansas, Georgia, Kentucky, Massachusetts and Mississippi.

Any type of farming requires time and dedication. The larger the operation, the more hours that are required to weed, harvest and distribute the crops. Having a support network not only helps delegate these tasks, but also brings together people with different strengths, allowing everyone to learn from one another. No matter where you live, finding (or even starting) a local organization will enrich your urban-farming experience.

Holly Caccamise is the managing editor for Horse Illustrated.