Fire Blight Is Harshing My Mellow

My quince and pear trees have been affected by a disease, and hopefully a good pruning will take care of it. 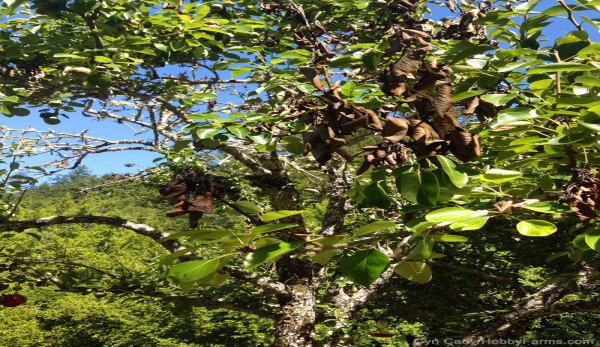 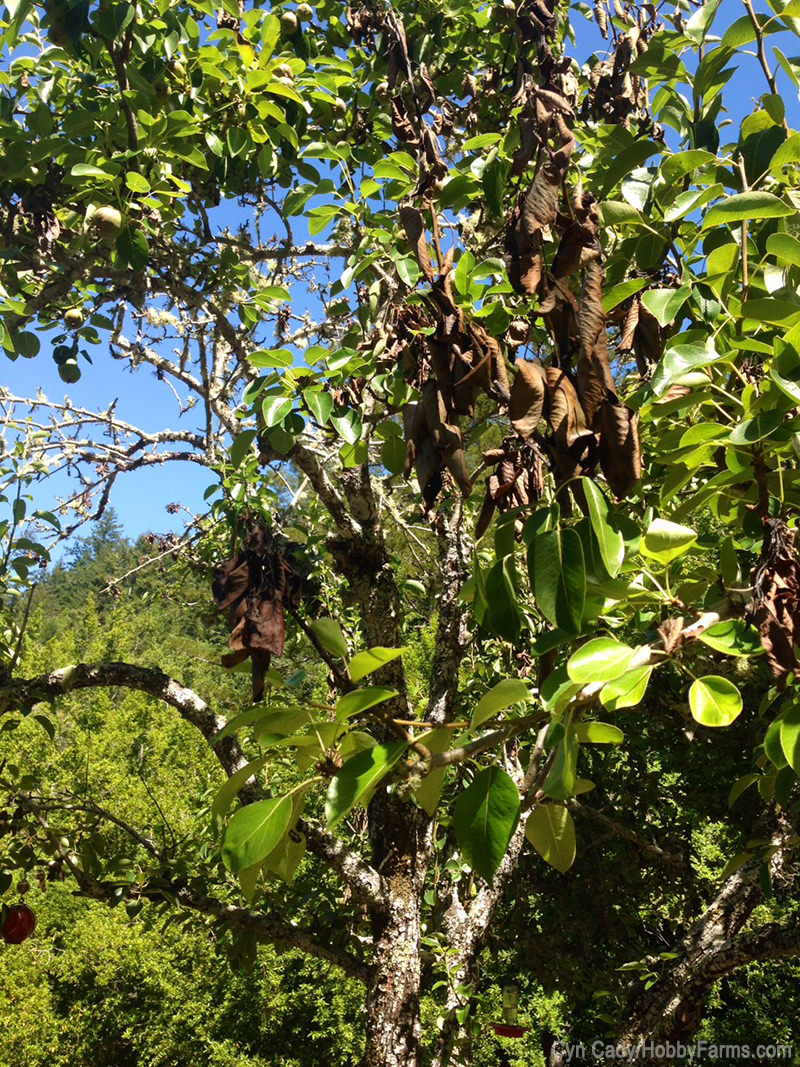 Itâ€™s a great time of year. The overachieving zucchini plants are producing like crazy; the kale is still leafing like mad, and the tomato plants are showing great promise. Now that the veggies are nice and settled, I can give my baby fruit trees some love.

But wait! What is that? My beautiful little quince tree, the one I chose because it had been pruned by the nursery into the most amazing umbrella shape, has five or six dead leaf clusters at the end of its lovely, drooping branches.

Just the day before, someone in our neighborhood email list group had asked if anyone else had been having trouble with â€¦ dun dun dunnnnn â€¦ fire blight! And now, not only my baby quincelet, but also my sturdy, tried-and-true pear tree, appear to be coming down with a severe case.

The pear tree has the worstâ€”unfortunately, I wasnâ€™t familiar with the symptoms and had mistaken the large clump of dead foliage as the result of a broken branch. Once I started checking out fire blight pictures in the interworld, I realized what I was dealing with.

Crud. This thing is not cool. Caused by a bacterium, Erwinia amylovora, this evil disease is a particular threat to apple, quince, pear, crabapple and other similar trees. Apparently, it can wipe out an entire orchard in a single growing season.

So what to do? Well, first, I have to give up on the groovy umbrella shape of Quincy and prune, prune, pruneâ€”at least 8 to 12 inches down from the location of the affected foliage, and preferably into the branch below. The quince pruning was easy, as itâ€™s still small enough to trim while standing, but the pear tree is big and gnarly and needed a major assault.

I also have the most incredible Gravenstein apple tree, on the other side of the property, which so far seems unaffected. To keep it that way, Iâ€™m not going to use the same pruning gear on the apple unless I sterilize in a 10-percent bleach solution.

In spring, fire blight cankers may appear, especially in new growth, but according to UC Davis, pruning for fire blight should not be done until summer or winter, when the bacteria are no longer spreading through the tree. While there are chemical controls available, we do not use words like “chemicalâ€ť in or near the Fortress Garden and its environs, being the dedicated tree-hugging, owl-loving northern California hippies that we are.

So instead of spending a peaceful morning, Iâ€™m out hacking away at my poor trees, giving them a haircut that closely resembles those given to me by my mom when she decided to save money on salon fees by buying her own pair of trimming scissors. Sticking up on one side, hacked crudely short on the other. Yep, pretty much the exact same look. But Iâ€™m hoping the Evil Fire Blight will be thwarted, and, like my hair, my trees will grow back, happy and healthy.