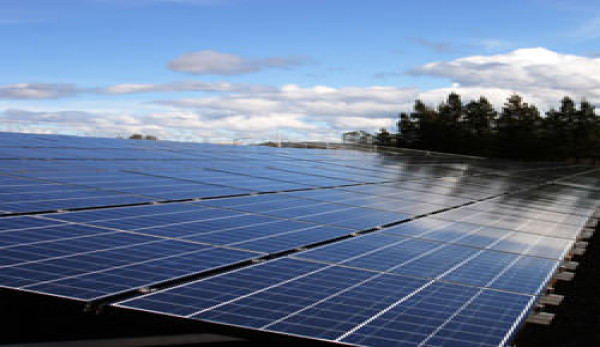 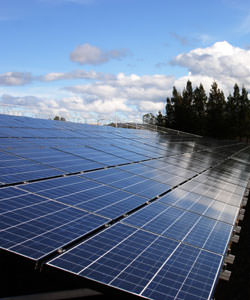 By May 2011, Northern California’s Butte College will produce enough solar energy to meet its energy needs, making it the first grid-positive college in the U.S.

Butte College, a community college located in Northern California and resting on a 928-acre wildlife refuge, has been recognized over the last few years as a national community college leader in sustainability. It operates as a self-contained city with its own water system, sewage treatment facility and the largest community college transportation system in California. The college began implementing the first of three solar energy projects in 2005, and by May 2011, the college will become the only college in the nation that is grid positiveâ€”producing more clean energy from sustainable on-site solar power than it uses.

The collegeâ€™s Board of Trustees recently approved Phase III of the solar project. Approximately 15,000 solar photovoltaic panels will be added to the collegeâ€™s current 10,000 solar panels, making it the largest solar-producing college in the world. Over the course of a year, the college will generate enough electricity to power the equivalent of more than 9,200 average-sized homes.

“Once this solar project is completed, Butte College will provide enough clean renewable energy to cover all of our electricity needs and generate slightly more than we use, which will be a source of additional revenue for the college,” says Diana Van Der Ploeg, Butte Collegeâ€™s president. “Sustainability is at the heart of everything we do. Being the first grid-positive community college in the country demonstrates our commitment to the sustainable practices we’re modeling for our students and our communities.”

The new 15,000 solar panels will be mounted on the ground, placed on rooftops and used to create covered parking areas and walkways. The installation of 13 new solar arrays has already started at the collegeâ€™s Chico Center campus and will culminate at the main campus. When all of the college’s solar projects are combined, the college will have a yearly reduction of more than 6.9 million pounds of carbon dioxide, 27,000 pounds of sulfur dioxide and 20,000 pounds of nitrogen oxide.

The solar project will provide a boost to the local economy by employing local vendors and workers, says Mike Miller, Butte Collegeâ€™s director of facilities, planning and management. It also saves money for taxpayersâ€”a projected net amount of more than $150 million over 30 years.

“We’re also excited that a number of the workers on this project are apprentices who went through the college’s solar installation training program,” says Norm Nielsen, owner of Chico Electric and a Butte College alumnus.

Over the past several years, Butte College has earned a number of national awards for sustainability leadership, including the Association for the Advancement of Sustainability in Higher Educationâ€™s 2009 Campus Leadership Award, the Environmental Protection Agencyâ€™s 2009 Green Power Partnership Award, the National Wildlife Associationâ€™s 2008 Campus Chill-Out Award and several LEED building certifications from the U.S. Green Building Council.

“This project serves as a model for other colleges and universities in meeting energy needs and supporting a green jobs economy,” says Mark Cirksena, regional manager for DPR Construction. “According to the Environmental Information Administration’s energy outlook a couple of years ago, buildings represented 72 percent of U.S. electricity consumption.”

The total funding for the project is $17 million, of which $12.65 million is made possible by federal Clean Renewable Energy Bonds, low-interest loans that can be used for clean energy projects. The remaining $4.35 million will be funded by the college. Funding for Phase III came from nearly $1 million in rebates from PG&E, the California Solar Initiative and American Recovery and Reinvestment Act/CREBS allocations.